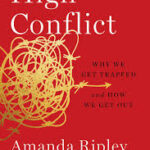 Getting Beyond High Conflict

At my age, good books in my fields of expertise rarely expose me to things I didn’t already know a good bit about.

What they can do, however, is send me on productive detours in which I use what the author writes to rethink things I had pretty much taken for granted—sometimes for way too long. 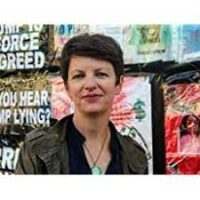 Even so, it’s rare that a book on conflict resolution gets me to refocus much of my career.

That happened when I read Amanda Ripley’s High Conflict. I’ve written a brief review of the book elsewhere, so I won’t try to summarize it here.

Rather, I want to take off from three of her most important points in ways that reflect how her book is changing my own conflict resolution and peacebuilding practice—and could change the way you deal with high conflict in your own right.

I first met Ripley a couple of years ago after my friends at Resetting the Table suggested I should read her article, “Complicating the Narrative,” which challenged her fellow journalists to redefine their craft in our age of deep division in ways that she summarized in this short video.

We didn’t talk much after that because was, in fact, finishing the book and didn’t need me to further complicate an already complicated narrative! 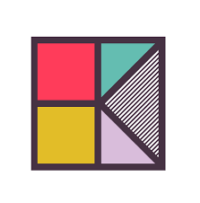 We stayed in touch, and she sent me an advance copy of High Conflict (which is why I could write a blog post about it on the day it was published). I couldn’t stop reading what is bound to become the “go to” book for newcomers trying to get an introduction to peacebuilding and conflict resolution.

Even more importantly, it helped me change the way I do my work as a professional peacebuilder in the same way that learning about peacebuilding changed the way Amanda and some of her colleagues approach journalism which you can see on either of the websites she pointed me toward—Hearken and Solutions Journalism. Again, I’m not going to summarize the book here, but take off on what struck me as its three most important takeaways for the kinds of work I do.

High conflict is different from the useful friction of healthy conflict (because) the normal rules of engagement don’t apply.

No one reading this statement in early 2021 needs to be convinced that she got it right.

Intellectually, I know that identity based conflict can lead to the worst kinds of violence and leave the most lasting and traumatic wounds.

But, it was often something I felt that happened out there—in Bosnia, Beirut, Botswana, or Baltimore, but rarely touched my personal life.

Now, however, we have lived through a conflict-filled year which is stretching out into a second one. Time after time, it has touched us—I’ll speak for me but not you here—personally.

But especially in a year in which we’ve all lived isolated lives, it is no longer hard to make the intensity and the tragedy of high conflict hit home. More often than not, it has come to us through our screens and phones.

But it is right there. In our faces. Whatever the medium.

The best reporters like Ripley (and others whose work have inspired me over the years) do get us to see just how much high conflict sucks because “the normal rules of engagement don’t apply.” These master story tellers “transport” us as close as we can possibly get into the heads and into the lives of the people they write about.

And they remind us that conflict at any level becomes toxic when we start dehumanizing the people we disagree with which, among other things, shuts down our curiosity and prevents us from being open to any kind of constructive solution

Although it come first in her book, I suspect that this conclusion will be the least important of her conclusions for the people who read my blog.

So, let me concentrate on the other two.

If humiliation is the nuclear bomb of emotions, hatred is the radioactive fallout. That’s because hatred assumes the enemy is immutable.

Ripley spends a lot of time describing the impact of what she calls conflict entrepreneurs who lead us into high conflict by playing on our emotions, fueling hatred, and reinforcing our conviction that our adversaries can’t change. On one level, that was old hat for me, whether it’s my conflict resolution or political science hat that sits on the top of my intellectual head at any particular moment.

One of our claims to fame as conflict resolution specialists is that we can help people avoid that kind of “radioactive fallout” because we are able to maintain a degree of emotional distance from the dispute itself which allows us and the people we work with to see the conflict and their options in a new and more constructive light.

Except when it doesn’t. 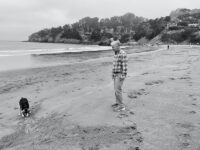 To that end, her discussion of how one of the most accomplished mediators in the world unknowingly turned himself into a conflict entrepreneur by falling into one of a number of traps hit close to home for one simple reason. She spent a lot of time watching one of the most experienced and wisest mediators in the world transform himself into an unwitting conflict entrepreneur. Gary Friedman is known as one of the world’s most self-aware, thoughtful, and experienced mediators. In fact, he first introduced Amanda to the world of mediation and conflict resolution because she was taken by his unique combination of skills and tools.

Yet, when she followed him in his years as a member of the community council of his small San Francisco area suburb, she watched him do almost everything he urged his clients to avoid.

All of those traps have snared me at one point or another in my own career. Far more than I like to admit:

To get beyond conflict, you have to go through it; there’s no other way.

That starts with her quote. Despite my gut instinct to avoid conflict, you have to embrace it, however unpleasant doing so might be.

However, lashing out in anger doesn’t do much good, although it does allow us to vent our emotions, which certainly came in handy during 2020.

Here, I find myself drawing on three conclusions, the third of which Amanda only hints at.

It is a Life Long and Life Changing Commitment

Let me end with a point that Ripley doesn’t quite make. It’s something that a journalist might not stress—although Ripley certainly understood it because it leaps out from the histories of everyone she profiles.

When you deal with high conflict effectively, you transform your entire life and embark on a journey that you will never complete. When done well, dealing with high conflict becomes integrated into your daily life, and you learn something each time you stumble.

That’s an important lesson to take either from Ripley’s book or from your own experience because when it comes to high conflict, the stakes could not be higher. There are places in Ripley’s book that will bring you to tears because our failure to deal with conflict well has cost us so much. But, there is a lot in it, too, that helped me rethink my own work—and I’ve been doing this work for a long time.

That’s an important lesson to take either from Ripley’s book or from your own experience because when it comes to high conflict, the stakes could not be higher. There are places in Ripley’s book that will bring you to tears because our failure to deal with conflict well has cost us so much. But, there is a lot in it, too, that helped me rethink my own work—and I’ve been doing this work for a long time.