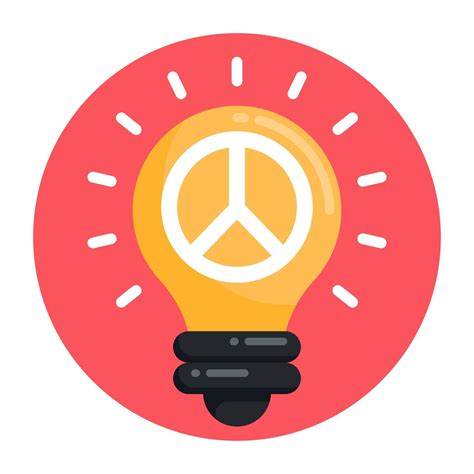 A few days ago, Melissa Mannis of the newly formed Peace Innovation Initiative (PII) at the UN University of Peace asked me to send her something I’d written for her board of directors to take a look at. I quickly realized that I didn’t have anything that directly fit what she was asking for and rather than doing a lot of cutting and pasting, I decided to write something fresh about the role(s) innovation in general and new technology in particular could and should play in peacebuilding .

What came out was a classic bad news/good news story.

But one with a historical twist that could help PII and others I work with recenter and redefine their work.

Like many of us, Melissa and her team tend to equate innovation with the use of new technologies. While the two almost always go hand in hand, it’s important to see that they are not the same thing and that if we start with technology rather than the broader idea of innovation, we  open the door to some of the worrisome ways  that the  Silicon Valleys of the world have evolved in recent years

If, on the other hand, we focus more on the so-called affordances the new technologies offer us, it is easy to see not only what could be done by peacebuilders who think explicitly in terms of innovation but also what some of them are already doing.

And we don’t necessarily have to take on big tech and its excesses head on to take advantage of those affordances.

Rather, we can mostly use existing technologies and repurpose them to suit peacebuilding and related goals by taking advantage of their affordances or the new things that they allow us or enable us to do. 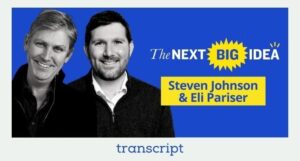 But the bad news first.

You don’t need me to tell you that technological issues feature prominently on the lists of what’s wrong with social and political life these days. Just recall three of the themes which appeared in last week’s Next Big Idea Club Podcast in which Steven Johnson and Eli Pariser discussed the implications of Elon Musk’s planned purchase of Twitter:

I could add more items to the list, but I don’t want to depress either you or my friends at PII more than I absolutely have to!

There are advantages to being old. Not the least of them is that I can put worrisome trends like these in a broad enough historical perspective to see that there are alternatives to the status quo which organizations like PII and others I work with could and should promote. In the interests of brevity, I’ll limit myself to three turning points in my life that have pointed me in a much more optimistic direction than Pariser and Johnson, who are among the observers I’ve turned to the most in recent years when I have thought and written about either innovation or technology.

You don’t have to dig too far into that history to see that technology doesn’t have to magnify what’s  already wrong with society.

Whether it’s Build Peace, Stewart Brand’s many legacies, or the bevy of analysts who have passed through the likes of the Santa Fe Institute or the MIT Media Lab, opportunities abound. Indeed, that was what led my friends to create the Peace Innovation Initiative and ask me for some ideas.

But first a caveat. It has taken decades for the tech world to have gotten this far down into the depths. Huge fortunes have been made along the way, and we have to assume that the likes of Facebook, Google, Twitter, and the like won’t give up their positions atop of that world easily.

Anything we start now will take time—perhaps a lot of time—before it bears fruit.

Still, there are a few purely technical initiatives out there.

On balance, however, they have one common denominator.

The key to the peace-technology future probably lies in one of the words I first heard bandied about a lot at the first Build Peace conference in 2014—affordances.

In short, my friends at PII (and other peace-tech startups) would be well served to work in at least these areas, all of which are in their wheelhouse and all of which have already made considerable progress. The first two stay within the boundaries of what peacebuilders have traditionally done. The other three take us into new territories and therefore feel far more hopeful for someone like me who want to “connect the dots” across ideological and issue-based lines:

If I’m right, the real impact of innovation in peacebuilding—with or without a tech focus—will occur elsewhere and because we finally see the importance of working other groups whose primary focus lies elsewhere. That’s what my younger friends have in mind when they talk about the importance of intersectionality or I mean when I talk about wicked problems whose causes and consequences are so inextricably intertwined that they can’t be solved quickly, easily, or separately, if they can be solved at all. Here, think about what would happen once we find ways of working in ways in which we become part of a larger team:

Innovation should not be equated with the digital revolution. Recent scholarship on the nineteenth century reminds us that technological innovations come in a wide variety of forms and that some of the most innovative breakthroughs (e.g., the spread of mass education) had little to do with technology, per se.

The innovation I’m trying to produce—connecting the dots across issue-based and ideological lines—is not  primarily technological, per se, although it will rely on these and other technological affordances I’m not even aware of at this point.

In that sense, innovation is more about a mind set that is open to change in which we understand that we won’t get to “where we want to go” if we rely on business as usual, because it’s the business as usual that has gotten us into the mess we find ourselves in today.  PII and the other organizations mentioned here certainly fit that description and show every sign of accomplishing even more in the years to come.

So, let me end simply by saying that I stand in awe of the mostly young activists, entrepreneurs, and scholars who are behind them, and I consider myself lucky to be able to learn at their intellectual feet as I progress through my seventies.