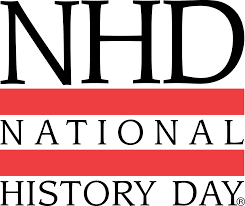 I spent last Friday as a judge for the National History Day program at my grandchildren’s elementary school.

My stepdaughter volunteered me. Evonne knew that I had marked advanced placement exams for years and had judged professor of the year contests in addition to grading several zillion papers handed in by my own students. She also knew that I was eager to help the Fairfax County schools which were doing such a wonderful job with our grandkids—aka, her children.

I went in expecting to meet some interesting sixth graders who had done interesting work. However, I was blown away by three things, only the first of which has much to do with the events of the day.

Despite having been a college professor for years and a camp counselor before that, I had never encountered National History Day before.

It is a remarkable institution. Founded in 1974, the program now includes about 500,000 students and 30,000 teachers a year. Each student does a project on a topic of his or her choice that deals with a theme chosen by the national leadership. In 2019-2020, they were all supposed to deal with individuals, movements, or events that broke historical barriers.

Students can write papers, make videos, write papers, stage productions, and  make an exhibit that includes photographs, written snippets, and anything else that would fit on a display that looked a lot like one made for an academic conference’s poster session.  As a newcomer, I was asked to judge the exhibits, which was what most of the sixth graders chose to do.

Most of the students picked a topic suggested by their teachers and the National History Day staff. So, there were presentations on topics as different as Amelia Earhart and the fall of the Berlin Wall. A few students chose subjects they were interested in, including one boy who researched the Chernobyl accident because several of his relatives lived hear the site at the time. Another (who went way outside the clichéd) box did one on the origins of the Korean alphabet.

I was amazed by how seriously the students did their research and how effectively they presented their findings. Their teachers helped them learn how to use the school system’s ample research data bases, including how to properly cite online sources. They also helped them make the exhibits visually attractive, including model airplanes in Amelia Earhart’s exhibit. The student who did the one on the Berlin Wall was bummed when I told him that I had a piece of it and would have brought it if I knew about his exhibit ahead of time.

I could see, too, that most of the students truly got engaged in what they were doing. One girl (who admitted that she had a feminist mother) did a remarkable exhibit on Elizabeth Cady Stanton. After I probed her on why she picked Stanton and how she planned to live up to her early feminist ideals, I let her know that Stanton’s great great nephew was a friend of mine from college and that he lived around the corner from the school. As I was leaving, she asked if she could meet Greg, so I gave her my business card.

All of the sixth graders did projects. That includes students who don’t speak English well and students with learning disabilities. They, too, did good jobs.

Unbeknownst (I think) to my stepdaughter, I also agreed to judge the entries because I’m looking for ways of dramatically expanding the impact we peacebuilders have in the United States. In particular, I’m interested in reaching out to what I call our “first cousins,” who embrace the kinds of themes we focus on in their own work but do not think of themselves as part of our tribe.

Nor should they. If we are going to expand that impact, it will come when people use conflict resolution skills in their everyday lives and begin demanding that our leaders do the same.

I frankly did not expect to find sixth grades who were ready to come on board. However, I had already seen how their teachers were introducing key “first cousin” concepts in my grandkids’ classrooms, even though they are just in kindergarten and third grade respectively. The third grader has been introduced to empathy, mind sets, dealing with bullies, and more.

In short, I wanted to see what their teachers were like up close and personal. I was delighted on that front, too. The day focused on the students. However, I was able to talk to a couple of the teachers, one of whom mentioned that she had read Carol Dweck’s seminal book on mindsets—something few of my peacebuilding colleagues have done.

I was also reminded that my grandkids benefit from a whole host of privileges. Their parents (and grandparents) are raising them with a strong emphasis on learning and curiosity. We are all well off enough to be able to afford just about anything they would want to do. And, their parents can afford to live in Fairfax County and send their children to one of the findest public school systems in the country. 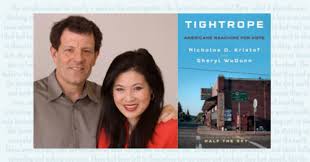 But that comes with a huge caveat.

Not everyone can enjoy those privileges. Last week, I also read Nick Kristof and Cheryl WuDunn’s depressing account of the community he grew up in—Tightrope. Kristof’s professor parents could give him the upbringing that got him to Harvard and Oxford and The New York Times. But, as he WuDunn point out so graphically, most of kids he grew up with did not enjoy the same benefits as my grandkids. I doubt their school system offered National History Day or a curriculum that included empathy and mindsets. Instead, Kristof and WuDunn document a rural Oregon community in which drugs, crime, and an early death were all far more common outcomes.

So, in the end, I could delight in what my grandkids and their older schoolmates are getting in their neighborhood schools.

But at the same time, I came away angrier at a country, its citizens, and leaders who have allowed so many men and women get—as we now euphemistically put it—“left behind.”

In Lieu of a Conclusion

The best of the projects will go to regional, state, and national competitions. I don’t expect to be asked to judge at that level. However, I assume I’ll be doing these locally at least until my granddaughter moves on to junior high school, seven years from now.