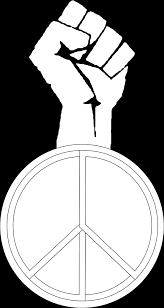 As Doug Irvin-Erickson and I dig deeper into our book on conflict resolution and peacebuilding, I’m more convinced than ever of the need to redefine power in a more constructive way as part of an overall paradigm shift.

That’s all well and good, but we have to deal with politics and power as they exist in the real world today. As Doug keeps asking his students, how can you mediate a conflict or seek reconciliation when you are in the middle of a violent conflict, especially when you are convinced that one side (not yours, of course), is an embodiment of evil? I then typically add that we end up in those dire situations because peacemakers and others who share many of our core values have not been had a voice in making the decision that got us into that situation in the first place.

So, at the very least, whatever we think power should be like at some point in the future, the fact is that we have to deal with it as it is now. That is to say, we live in a world in which we used power the way Robert Dahl defined it half a century ago—A’s ability to get B to do what B doesn’t want to do.

The italicized words say it all. Power involves at least the threat of force. Yet, virtually all peacebuilders reject almost all forms of force and violence out of hand, which constrains our options—to say the least.

In the end, that led us to ask a number of questions at least two or which are very hard to answer:

Access to power.  Luckily, the social science literature helps us deal with the first question to some degree. I was lucky to have spent a lot 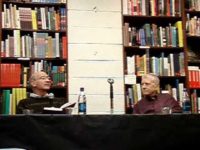 of time with Charles Tilly when I was in grad school and then, more episodically, before his death 10 years ago. Especially in his work with Sid Tarrow, Chuck stressed the importance of finding what the two of them called “brokers” who could weave together and coordinate local initiatives and turn them into national movements that reshape public policy in the process. In the decade or so I’ve been at the Alliance for Peacebuilding, I’ve seen dozens of amazing projects colleagues have worked on in conflict zones around the world. Unfortunately, we could and should do a lot more to help the kinds of local peacebuilders supported by Peace Direct or whom I meet at the annual Build Peace conferences build broader audiences. That’s what AfP and organizations of its ilk were created to do and we, too, have made a lot of progress over the years. Still, I suspect we have a lot more to learn from the likes of Tilly, Tarrow, and other social movement scholars about how to turn grassroots success into political power, which is precisely what Doug and I plan to do as we write our book.

power. Unfortunately, there are fewer guidelines for the second question. In fact, this is one Tilly and I often disagreed about in the last twenty years of his life. As a movement theorist, he was not all that interested in what they did once they began having influence over existing elites. As peacebuilders, we have to do so, because we will have to be in some sort of relationship with them once the conflict we are embroiled in today comes to an end. Here, the best insights come from the corporate world where it is quite common for companies and their leaders to be locked in intense competition today only to find themselves partners tomorrow. Similarly, corporate leaders find that they have to be part of extended supply chains in which they have to work with colleagues from firms that have very different cultures and norms. Essentially, management scholars like Chip and Dan Heath, Adam Grant, and Amy Edmondson stress the importance of dealing as constructively and cooperatively as possible even with one’s adversaries. And some would say, especially with one’s adversaries. Here, too, there is plenty of research to be done, especially in applying their ideas to the often more emotionally charged world of conflict resolution and peacebuilding, especially when one turns, as Doug and I are now doing, to the issues that roil our own country. In fact, as soon as I publish this, he and I are off to an off the record conference he has organized on how to create an architecture for peacebuilding here in the United States. Rest assured that how we deal with people in power will be at the heart of our discussions.

When all is said and done, we in the field(s) of conflict resolution and peacebuilding have to borrow from the insights of colleagues who work on other issues. Indeed, as our work has grown over the last thirty years, it largely been because we have kept expanding our frame(s) of reference. Let’s keep doing it. For me, borrowing from the likes of Tilly and Tarrow is easy. Most peacebuilders have a lot in common with them in terms of interests and backgrounds. It’s more of a stretch to see the links we could build with people like the Heaths, Grant, and Edmondson, but from what I’ve seen, it’s well worth the effort.