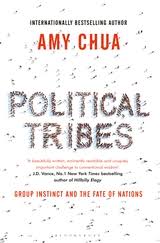 I thought about not reviewing Amy Chua’s Political Tribes now because a cancelled meeting means I will be able to see her at a book launch the day after I promised to write this review. Nonetheless, I decided to meet my deadline because my take on the book is unlikely to change, and if it does, I can always revise this review.

As a law professor best known for her writings on Asian-American parenting, Chua might seem like an odd person to be writing on ethnicity and global politics today. Yet, she does teach international law at Yale and has earlier books on identity and international relations to her credit. So, I decided to read Political Tribes along with a number of other books on identity politics and threats to democracy. 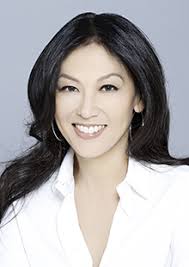 Her book stands out for two reasons. First, she is one of the few to point out that we on the left have our own political tribes, because they emerge whenever we base our politics on issues of identity. Second, she is explicitly comparative which leads her to have an unusual view of identity politics in the U.S.

In particular, we are one of the few countries who have developed what she calls a super-tribal identity that “binds its members together with a strong, overarching, grouop-transcending collective identity” (23) which we share with few other countries, such as Canada. Unfortunately, that past openness to immigration and other assimilationist traditions have left us unwilling or unable to see some of our tribally related faults, ranging from our insensitivity to the issues raised by the current wave of immigrants or our blindness to the global mistakes we make because we buy into the myth of American exceptionalism.

And we have missed a lot. In my youth, my country went to war in Vietnam all but totally missing the fact that we were defending an ethnic Chinese elite when we thought we were fighting communism. Similarly, we are bogged down in Afghanistan because we did not pay enough attention to the ethnic divisions that gave rise to the Taliban and continued to pit one group of Afghans against another. The same holds in Iraq because the Bush administration was blind to the differences between Shiite and Sunni  Iraqis when it planned the invasion and subsequent occupation.

Perhaps because it is a country I have not paid much attention to until recently, I was particularly taken by her coverage of Venezuela. To be sure, the Chavez-Maduro regime has pursued left-wing populist policies that make some sense given the country’s history of economic inequality. If Chua is to be believed, the current state of affairs also reflects a long history of racial inequality that has been part of the country’s existence since independence, including its fascination with international beauty contests.

Her treatment of American tribalism is particularly useful because she does see people like me as part of a political tribe that is partially responsible for the divide in our country. Of course, she discusses “them,” including members of prosperity gospel churches and fans of both NASCAR and WWE. “Their” anger makes sense in a society in which it is hard for poorly educated people who live in rural America and elsewhere to achieve the upward mobility our parents’ generation took for granted. One of the strong points of the book is to point out how “we” contribute to this mess, too. As she puts it

A shift in  tone, rhetoric, and logic has moved identity politics away from inclusion—which had always been the Left’s watchword—toward exclusion and division. (182).

This is an important and ideologically difficult point to make, so let me be clear. She is not advocating the perpetuation of racism and discrimination. Rather, she wants us on the left to see that when we use words like “inclusion,” we expect people to adopt it on our terms.

The bottom line is clear in the final sentence of the body of the book.

Unfortunately, she only spends about 20 pages in the epilog proposing that way out. One could argue that her proposal that we do things like follow a group of people in Hackettstown NJ an “make American relate again” is too simplistic. Nonetheless, , her ideas along these lines are anchored in generations of social psychological research pioneered by Gordon Allport and others.

In short, Chua’s book is a welcome addition to the growing literature on the current crisis that my colleagues both in comparative politics and peacebuilding should profitably read.