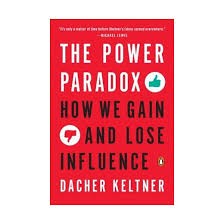 Political scientists usually define power as A’s ability to get B to do something B otherwise wouldn’t do. The italicized words tell it all. Power requires at least the threat of force. That’s especially true in most parts of academic international relations.

We aren’t all total malthusians Machiavellians. Pluralists talk about disbursed power. Many in IR now prefer soft to hard power.  But, frankly, at least the threat of some kind of force infuses everything we political scientists talk about—at least when the stakes are high. Just think about how often images like this one spring to 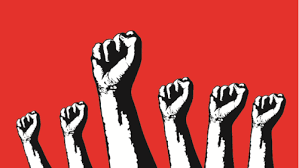 mind when we think about power (or when we Google it looking for images).

In my other life as a peacebuilder, that definition of power has never had much support. For good or ill, we rarely have tried to offer alternatives to it that would expand or enhance what we mean by the term so that we could then see power that could help us reach common goals.

That’s why Dacher Keltner’s The Power Paradox is so important. He starts by acknowledging the Machiavellian side of power but sees it as the “down” side of a paradox not as a sign of power well exercised.

For more than 20 years, he has been studying power in his social psychology laboratory, now housed at the University of California-Berkeley.

As he sees it, power is relational. We accumulate power by “acting in ways that improve the lives of other people in our social networks. Our power is granted to us by others. (p. 5).” Power is paradoxical because he finds that it is only once we get it in the ways quoted in the previous sentence that we tend to become Machiavellian and our power drifts away unless we maintain it by force. “The seductions of power induce us to lose the very skills that enabled us to gain power in the first place (p,8).”

He spends the rest of the book developing 20 “power principles” and only the last few touch on the aspects we political scientists focus on. As you’ll see in this recapitulation and combination of his principles, he starts at the same point as most political scientists, but then his research findings take him in a very different direction:

Keltner’s empirical data comes all but exclusively from lab experiments. Despite their growing use in political science research, my colleagues properly point out that it is hard to extrapolate from a laboratory setting to the hurly burly of real world political life.

I’m increasingly convinced that we have a lot to learn from researchers like Keltner and from others who draw on simulations of complex systems or even from evolutionary science.

The challenge is finding ways of talking the “positive” side of the paradox of power to scale in tough situations and, similarly, down play its “negative” implications.