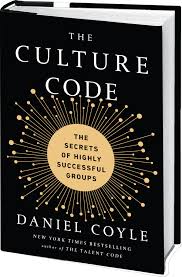 In my work in comparative politics, I emphasize political culture morethan most other textbooks authors. So, I was delighted to see Daniel Coyle’s book in the first set of offerings from the Next Big Idea Club that was organized by Adam Grant, Susan Cain, Malcolm Gladwell, and Daniel Pink, four of the authors who work outside of my fields of interest who have had the biggest impact on my thinking in the last few years.

Coyle focuses on companies and communities and tries to find what I would call the cultural norms that make them tick. That us, of course, not the level that I work on either in peacebuilding or comparative politics. Yet, as I read his book in a now all too typical week of vitriol and chaos in American politics, I couldn’t help but take his ideas to the national level, which is what I try to do in comparative politics text.

Let’s start by reviewing Coyle’s findings around the three themes he focuses on:

I should probably add a fourth theme that reverberates throughout the book. You can’t just state these as attributes you espouse. You have to live them. More importantly yet, the leaders of every organization he considers  from Navy SEAL teams to the San Antonio Spurs to Pixar studios all keep sending out cues that reinforce their versions of the three bullet points.

Then, I depressed myself by thinking about how little political leaders follow those three or four points in establishing a cultural code for the United States or any of the other countries I have written or taught about.

That led me to think about what I’m looking for in American politics in these troubled times. In ideological terms, I’m pretty far out on the left. However, I’m increasingly of the opinion that it is more important that we redefine our cultural norms because as long as we are governed by “gotcha” politics, we aren’t going to get very far.

So, as we look ahead to the next round of elections, I’ll be looking less at where candidates and parties stand on the issues than on how good a job they do of sending out cues that create safety, allow us share our vulnerabilities, and redefine our purpose.

And do it all in a way that builds relationships among us, especially among those of us who don’t see eye to eye on the issues.