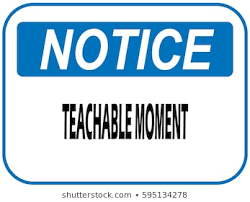 I suspect that I have at least one thing in common with most people who read this blog post.

After spending most of the last two weeks figuring out how my family and I will make it through the coronavirus crisis and cope with the social distancing that is keeping  us at home, you, too, are experiencing periods of boredom to go along with the worries and fears and lots of other less than pleasant emotions that are filling our heads these days.

I suspect, too, that, like me, you find yourself with some time on your hands which you are not using very productively. 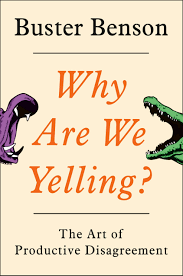 Meanwhile, my thinking on what we could do during these weird times was sharpened by reading Why Are We Yelling by Buster Benson and listening to Priya Parker’s recent TED interview about gathering during times of social isolation.

So, let me suggest a way of filling some of that time by joining planning discussions about the following five ideas that could both fill some of that free time and lead to improving lives in the communities we live and work in once the immediate crisis ends and we return to normal—whatever that means. That revolves around taking the pandemic as a teachable moment in which we all learn about the pandemic, the world, and ourselves and draw useful insights for whatever comes next.

Let me take up these points one by one, get more specific as I deal with each of them, and end with a formal invitation.

Academics of my generation talk about teachable moments. Something important happens that shakes up public opinion on a campus—or anywhere else. During those “moments,” faculty members take time out from regular instruction to talk about the issue in class and elsewhere to help students think through the issues involved and often gain insights that took them beyond the headlines and into deeper and/or broader issues. 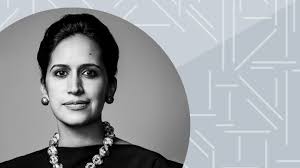 Ideally, we teachers learned something, too, although I’m not sure we always held up that end of the bargain. However, I recall how Vietnam era teachins and then discussions of the Gulf War in the early 1990s, the 9/11 attacks, the Great Recession, and Trump’s election served as springboards for understanding other people’s viewpoints on those and dozens of other issues.

If I’m right, the current crisis is a particularly useful teachable moment for two reasons:

And, as Parker points out in her book, The Art of Gathering, as well as in her TED interview, during times of dislocation like the period are in, we have to think about teachable moments in new ways both in terms of content and format.

As far as content is concerned, let me start with what I called “other issues” in the first set of bullet points.

If we still needed proof that we live in an interconnected and rapidly changing world, we now have it. Terms like exponential rates of growth and community spread have suddenly stopped being the province of academic specialists and become part of everyday discussions.

I use lots of terms to describe this new world, including globalization, VUCA, wicked problems, complexity, and the like. It probably doesn’t matter which of them we use.

It is, however, important to see that we are living in a time of transition toward a world defined by networks, systems, interdependence, and the like. Yet, most of the ways we think about the world and manage its affairs remain locked in hierarchical and reductionist models that have their roots in ways of thinking based on the enlightenment, the scientific revolution, and the like.

For years, business scholars like John Kotter have discussed ways we could navigate and accelerate our transition toward world views and forms of government that reflect our new interdependence.

Now, the events of the last few weeks suggest that we all should do so.

The Need for Cooperative Problem Solving

At our final face-to-face session for a while (we now meet by Zoom, too), my therapist talked about how the current crisis also shows us that the world needs to rely on cooperative forms of problem solving. Of course, I agreed.

More importantly, the discussion of self-isolation, short-term sacrifices for longer-term gains, and the like have driven home what many of us have learned from systems theory.

We are all in this together. What goes around comes around. What I do “today” affects you “tomorrow” and vice versa. Change is the only constant. We have to think in the long as well as the short term.

To use an inelegant term from social psychology, stopping the spread of the coronavirus is but the most recent of dozens of superordinate goals that we face. We cannot reach any of them unless we work together, something that is not always easy to do in a time of transition. 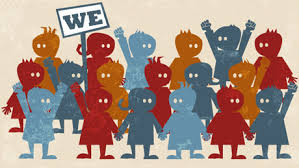 I doubt I’ve mentioned anything surprising in the first three sections. Hopefully, that will change as I turn to one of my many unexpected discoveries during the first weeks of the pandemic.

While making plans to help teach my grandchildren, I rediscovered the work of Sugata Mitra whose “hole in the wall” experiments introducing computers to Indian children have led to a new approach to teaching known as self-organized learning environments. Twenty years ago, Mitra and his colleagues marveled at how quickly illiterate Indian children learned how to surf the web and teach themselves. Since then, he and others have turned what they learned into self-organized learning environments in which small groups solve seemingly impossible challenges on their own.

While I was explaining the idea to my nine year old grandson, he asked me if grownups could learn this way, too. It was an epiphany.

Almost everyone I know understands both that we are in a time of transition and that we need to develop more cooperative approaches to solving the problems we face. However, none of us has figured out how to do that beyond our immediate field of expertise (and we may not even have done that). None of us has more than the foggiest idea how to convince the public at large to change the ways they think and act. 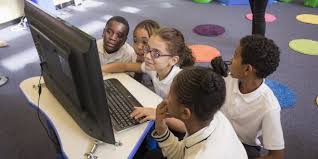 In short, we just might be able to make a dent in the first three challenges if we experimented with an adult version of Mitra’s method.

Then, I read Buster Benson’s book, which hit home for a lot of reasons. In particular, he focuses on ways we can turn disagreements into constructive discussions. I won’t bore you with his ideas, which you can see on his web site, www.busterbenson.com. Rather, let me hone in on one key point that he and I have begun talking about.

We have entered a period in which no one really knows what we could or should do once we flatten the clichéd curve because we know that we won’t return to the same “normal” that existed before the onset of the pandemic.

As we figure that out, we will disagree among ourselves. Even those of us who have routinely agreed with each other.

So, we had better come to grips that this is going to be a time of learning for all of us, including those of us who are considered to be experts. That, in turn, requires having the kind of open mind and posing the kinds of tough but open ended questions he talks about.

That led me to Priya’s talk, which I listened to just before I wrote the final draft of this blog post. As she and Buster both put it, we need to “gather” better and differently if we are to take advantage of the opportunities the pandemic and its aftermath will present us with.

So, after two depressing weeks of self-isolation, Chris Langdon and I decided to convene a number of self-organized learning groups to talk about the need for cooperative solutions to the coronavirus crisis and, more importantly, to the problems we will face after it ends.

Chris and I met through his work with Think the Unthinkable and mine with the Alliance for Peacebuilding, although we are doing this on our own. We have always understood that the challenges facing national leaders (him) or posed by global conflict (me) were just the tip of the clichéd iceberg.

Now that we all are marooned at home, it seems like a good time to ubring together small groups of thought leaders from all generations and all parts of the world and do so on line using Zoom or some other video teleconferencing platform.

Some of the discussions will be general. Some will be focused on specific issues like leadership, redefining reconciliation, what can be done on college campuses, and more. Indeed, we can work on any issue participants want us to. Just make a suggestion and we’ll convene a group.

We assume each group will meet once and be facilitated by either Chris or me. Like Mitra’s classes, we will usually hone in on one problem or question and use the bulk of the time to brainstorm answers.

We are hoping that at least some of the groups will want to continue and dig deeper into their ideas. One session could turn into several meetings and, maybe, several projects. If nothing else, we assume that diverse groups of creative people will come up with creative ideas that none of them would have come up with individually.

We are hoping, too, that the discussions will be fruitful and enjoyable enough that some participants will want to include their friends, colleagues, and family members, too. However, Mitra’s research suggests that these groups should not get too big, especially when they are held online. In the simplest terms, it is simply hard to see more than six or seven faces on a single screen during a teleconference.

So, we would be delighted if some of the groups spawned other groups and this idea went viral. I wouldn’t dream of predicting how that would happen or what would happen in those groups other than to suggest that it will be interesting and that we will keep a record of what happens so that we can build on these discussions after the immediate crisis ends.We have no expectations that these efforts will go viral like the latest internet fad. However, as we have discovered through our own discussions over the years, intense dialogues involving disparate groups of creative people can go a long way.

In sum, we will be inviting people we already know to join us. If you want to be part of this effort, send me an email at chip@charleshauss.info. We will be starting this week.