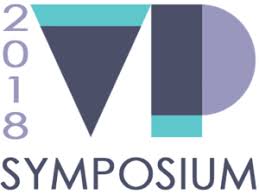 Last week, I attended the first of what I hope will be plenty of conferences on  Venture Peacebuilding. It’s a topic I’ve been interested in since I first joined the Beyond War movement in the 1980s and started working with business executives whose commitment to peace grew out of their work in the corporate sector. In the thirty years since then, interest in the link between business and peace has grown in three main ways, each of which was discussed at the conference.

First, for the most part, leaders in the field have gone beyond viewing the link through the lens of corporate social responsibility. To be sure, most major companies have a charitable wing that supports non-profits in dozens of areas, not just peacebuilding. However, the key here is that some companies see working for peace (or other social justice causes) as critical to their bottom line. Although we didn’t spend much time on this subject, we did get to see how the Away luggage company is increasingly integrating its own work with Peace Direct’s support for local peacebuilders.

Second, we spent a lot more time on the ways peacebuilders and entrepreneurs can create companies that have peace in their corporate DNA. We learned about some fairly flashy initiatives in Africa, but spent more of our time exploring how the University of Waterloo (Canada) and San Diego, among others, have created incubators to jump start precisely those kinds of initiatives. In particular, I was lucky to spend a lot of time with Dean Patricia Marquez of the Joan B. Kroc School of Peace Studies at the University of San Diego which has the first degree granting program in peace and social innovation. The conference ended with the third cohort of companies that are part of the accelerator created by the Peace Tech Lab at the United States Institute of Peace and the C5, a London-based venture capital firm.

Finally, we looked into novel ways of funding peace initiatives, most notably through the issuance of social impact bonds and other “big-ticket” financial mechanisms. The organizers of the conferences have focused on these kinds of initiatives. While I agree that they are important and could have a huge impact on the way we do our work, they are also much harder to pull off, both in terms of creating the funds and developing metrics that would appeal to large-scale corporate investors. In

other words, I’m more hopeful that we can make progress quickly in the first two areas, but as my review of Ross Baird’s The Innovation Blind Spot suggests, we could and should think about ways of creating smaller funds that could spawn smaller, prototypes that could inspire others to get into the world of venture peacebuilding.