Peacebuilders have historically shied away from the fact that our tools and techniques won’t and can’t solve all of the world’s problems. Because we will be covering the topic in our textbook and our students are already asking us, here’s a first look at the circumstances in which peacebuilding doesn’t work and an even more worrisome discussion of what happens when we don’t use peacebuilding principles in our actions.

The most obvious example lies is simple. Despite the activities of a few NGOs like the Nonviolent Peace Force, we don’t have a lot to offer when people’s lives are at risk. As one friend put it at a recent meeting, “how can you talk about peace when a woman can’t walk down her street without the fear of getting shot.” Whether we are talking about UN Peacekeeping soldiers or an urban police force, there are certainly institutions that can do a lot better job on this front. 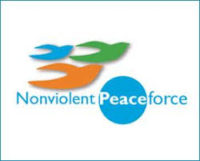 Doug Irvin-Erickson has been pushing me to think about how you deal with questions of good v. evil, especially when you’ve reached a crisis point. Doug frequently suggests to students that you can’t really hope to use problem solving workshops when you and your family are about to be loaded on a train to be sent to a concentration camp.

Doug’s dilemma, of course, is a version of the dilemma Martin Niemöller posed in his now classic poem. The draft boards of my youth often asked Jews who applied for conscientious objector status what they would do if they had an opportunity to kill Hitler.

Frankly, we don’t have much of an answer when the situation has reached as dire a state as Germany was in by the time Niemöller wrote. We can (as I did back in the day) that you have to address conflicts before they reach such a point. But that kind of response is not of much value in the kinds of circumstances Doug raises.

Similarly, we aren’t very good when it comes to providing short term solutions. Especially when we think about the complex problems most peacebuilders face these days, there are no magic wands that lead to quick fixes. At the Alliance for Peacebuilding, we talk about Peacebuilding 3.0 and assume that truly successful efforts will require years of ongoing work. 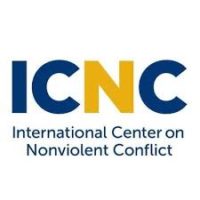 At the same time, people justifiably want immediate progress as we have seen in the recent Black Lives Matter and Me Too movements. We have learned a lot about how we can combine our work with that of non-violent protest movements like the International Center for Nonviolent Conflict. However, we have yet to figure out how we can combine the incremental changes we can help bring about in the short run with longer term strategies that could produce something like a social and political paradigm shift.

In his recent book, Winners Take All, Anand Giridharadas take those of us who believe in win/win outcomes to task—and not just peacebuilders. As he sees it, the belief in positive-sum outcomes can and does often serve as an excuse for not addressing the unequal distribution of economic and other resources.

Giridharadas and I would both like to believe otherwise. Yet, the fact of the matter is that it is hard to see how one can use win/win arguments to convince people to give up wealth, power, and other resources. I’m more optimistic than Giridharadas is that reasonably wealthy and powerful people might be prepared to share more once they see that it is in their longer term interests to do so. Still, given what I said in the previous point about short-termism, we have a lot of work to do—at best.

But What If We Don’t Rely on Peacebuilding Tools?

Put simply, if I agree to use physical force or other forms of coercion in order to provide for physical security or deal with evil or provide a quick fix or redistribute resources, I run the very real risk of sowing the seeds of more conflict down the road. There are times when I may end up doing so. That may even prove to be the case in the current crises the United States finds itself in. However, if I do so, it will be in a way that minimizes the longer term divisions force and coercion leave in their wake.