Skip to content
Previous Next
When Will They Ever Learn?

When Will They Ever Learn?

I’ve been writing about domestic issues and my Connecting the Dots ideas in my blog posts over the last few months.

That means that my professional attention has shifted away from the other parts of the world that I focused on in my years as a political science and even in most of my career as a peacebuilder. Nonetheless, as someone who taught a lot about the former Soviet Union and is married to someone who was a Soviet analyst and worked on that part of the world well into 2000s, events in Ukraine were on my radar screen long before the current crisis began.

Still, I wasn’t planning to write about it until two things happened.

First, my 100-year old mother called to reminisce about a trip we made with 26 Colby College students to the USSR shortly after Mikhail Gorbachev took office. Although she mistakenly recalled our being in Kyiv (we actually were in Odessa and Volgograd when we visited the war memorials she mentioned), she got me thinking about the previously unimaginable chain of events that led up to Russia’s invasion of Ukraine. And the suffering that has hit that part of the world in the not so distant past as well as, now, the present.

Second, I read the remarkably off target interview with John Mearsheimer posted by Isaac Chotiner as part of his regular Q and A. Column in the New Yorker a day or two after the invasion began. I’ve never agreed with Professor Mearsheimer about much of anything, but he’s one of the leading international relations scholars of my generation. Even when I disagreed, I found his analyses reasonable and even helpful. Until now. Today, his insights seemed utterly tone deaf. At best.

The two convinced me that I had to write something but I struggled to find the right things to say either in public or in the conversations I had with friends and family.

I found myself reacting to the news, to my mother, and to Mearsheimer emotionally rather than intellectually as I often have when following events in the former Soviet bloc. Occasionally, news from there has brought moments of joy as when the Berlin Wall came down—a small piece of which sits on a bookshelf in our living room. More often, though, it has led to profound sadness and to the refrain from Pete Seeger’s song, Where Have All the Flowers Gone which gave me title for this post. 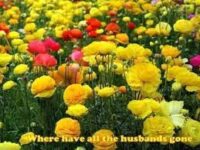 So, I get the anger people are expressing toward President Putin and his supporters. The scorched earth military campaign they are trying to execute is, at best, over the top and not justified. As someone whose ancestors fled what is now Ukraine, I’ll be the first to admit that their leaders have not always been the most tolerant in the world, but justifying the actions as countering Nazism makes no sense.

But, what could I add that hadn’t been said a thousand times before by people who know more about Ukraine than I do?

The “aha moment” came when both my mother’s call and Mearsheimer’s comments triggered another memory—of my not so illustrious career as a folk singer in which Pete Seeger was (and still is) one of my heroes. That led me to one of his most famous and most mournful songs, “Where Have All the Flowers Gone.”

It has a special place in my heart because the idea behind it came to him while he was heading to my beloved Oberlin for a concert in 1955. More to the point, it was inspired by a Russian folk song that was referred to in Mikhail Solokhov’s classic novel, And Quietly Flows the Don. In it, he traces life among the Cossacks during a different troubling period in Russian history (the Don River, by the way, does not flow through the Donbas region of Ukraine which has been the site of fighting since 2014).

From the beginning of the current crisis, I found it hard not to recall Seeger’s haunting refrain, “when will they ever learn” when watching the news, and it has become my biggest takeaway from what’s happening. At times, he used “we” instead of “they,” but this time it’s more important to emphasize the “they” rendition.

Seeger wrote the song when the memories of World War II were still fresh. It became a hit as an anti-war anthem a decade later when we Obies (and everyone else) were obsessed with Vietnam.

You would think that we would have learned by now.

You would think that the Russians who lost upwards of 25 million people in World War II would have learned. When my mother, my students, and I went there, I insisted that the Soviet travel agency include Volgograd in our itinerary so that the kids could see how deeply the war and its turning point were seared in the public mind.

Now, those lessons seem to have been forgotten by a generation of young men on both sides who have “gone to uniform, every one.” And now they are “going to graveyards, everyone.”

When will they ever learn?

And then I got to Mearsheimer who views the world through the lens of what he thinks of as power politics or the realist interpretation of international relations. Mearsheimer doesn’t get everything wrong. Indeed, his article on how we would miss the stability of the Cold War in the crises of the 1990s was a powerful antidote to the optimistic interpretations ascribed to the likes of Francis Fukuyama (whose analysis was actually more nuanced than most pundits suggested). 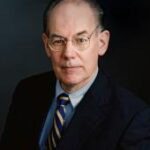 This time, though, it’s a different story. Some power politics is involved. American and NATO policies of the last decade or two that encouraged Ukraine, Georgia, and others to ally with the West were seen as threats to Russian national interests—and not only by Putin.

But power politics is not the most important lens to use in viewing what’s going on here. This clearly is about more than anything that can be ascribed to the traditional balance of power politics I learned about in grad school.

No, this is about emotion. Deeply felt and—perhaps—misguided grievances held by Putin and the people around them. Nationalism in its rawest and nastiest forms. Vengeance. Fury. Lashing out.

The great international relations scholars who came up with realist models. of whom Mearsheimer is the best living example, expect leaders to think and act rationally on the basis of cost-benefit analyses.

But as Seeger implicitly suggested, that’s not what leaders do.

They don’t ask some key questions until it is too late, as it may already be now.

What will happen if Russia succeeds?

Getting rid of the regime in Kyiv?

Occupying all or part of Ukraine?

I also couldn’t help remember an article my friend Val Bunce wrote in 1985 about the economic costs of maintaining the network of satellite countries which came out during the first wave of Star Wars mania and bore the title, “The Empire Strikes Back.”

The empire did strike back—and faster than Val anticipated at the time.

If any of the scenarios of Russian “victory” play themselves out, the newly rebuilt empire will almost certainly strike back again.

Power politics doesn’t take us very far in understanding any of this, especially the human tragedy that ensues when the likes of Mearsheimer get their way.

I would never lump Mearsheimer and Putin together.

However, in their very different ways, neither of them has learned Seeger’s most important lesson which he learned from Sholokhov and so many others. Wars almost never work, especially if you think about their long-term consequences.

There are a few rare exceptions to that rule.

The defeats of Germany and Japan in World War II were so total that they led the citizens of both defeated countries to a profound reassessment of their political role and cultural norms going forward.

For good or ill, wars almost never turn out that way any more. Perhaps they never have.

The losing side, in particular, tends to feel aggrieved. Feelings about being defeated unfairly, blaming others, and the like fester and build until….

When will they ever learn?

Can We Build on This?

I’m beginning the book I’m writing with a statement by one of my favorite conservative students from the 1980s who called me “the most naively optimistic person in the world.” And he meant it as at least a partial compliment because he liked my idealism even if he “knew” I took things too far.

So, I do try to find something good in any situation, no matter how dire it may seem at first glance. In all honesty, it is hard to find any such “bright spots” in what’s happening these days.

After fifteen years or more in which the American people and its leaders have grown more and more polarized, we have reached something approaching universal agreement about the situation in Ukraine. With the exception of a tiny minority of people including former President Trump, we have decided that what the Russians are doing is not acceptable. Almost none of us are willing to send American or other NATO troops into Ukraine. Short of that, there is a broad consensus that we should use every economic and diplomatic sanction possible to force the Russians to stop their invasion and/or make the cost of fighting unbearable.

I don’t think that the agreements about Ukraine will magically turn into a willingness to tackle all the other problems we face through the kind of cooperation we’ve seen in recent weeks. Still, we can hope.

And, more important than giving voice to that hope, we can explore ways of expanding this one area of agreement into constructive dialogues and policy changes in areas like race relations, climate change, economic inequality, and the like that I have decided to focus on in whatever time I have left as an activist and an author. 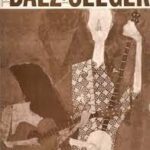 I first heard Pete Seeger and Joan Baez sing “Where Have All the Flowers Gone” at a concert they gave at the Bushnell Auditorium in Hartford CT in 1962–this does appear to be a poster from that night’s show. Conservatives picketed the venue, protesting the fact that “known communist radicals” were allowed to perform, which meant that the concert was one of the events that marked the beginning of my journey toward a life as an activist and peacebuilder. I also attended it with my oldest friend Dick O’Neill who, after a career in the US Navy, has helped me focus my thinking on connecting the dots since we reconnected in 2000.

At our age, Dick and I don’t have that much time left to answer a reframed version of Seeger’s question that doesn’t quite fit the flow of the music, which may have something to say why my folk music career reached its peak when I led sing alongs as a camp counselor. But it is one I can’t avoid these days?

Can we ever learn?