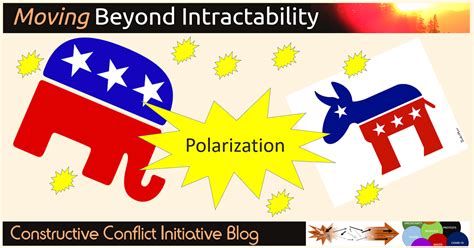 At the end of last week, my friends Guy and Heidi Burgess sent me an important article they had just written with Sanda Kaufman which was the featured article in January’s issue of Conflict Resolution Quarterly that everyone interested in the problems facing our society today should read. Despite its daunting title, “Applying Conflict Resolution Insights to the Hyper-Polarized, Society-Wide Conflicts Threatening Liberal Democracies,” it is gripping reading. Since the journal won’t let you print it and the full article does contain a lot of detail that average readers may not need to know, there is also a shorter version of the article and a link to an ongoing discussion about it where these words will ultimately set up on the Beyond Intractability website.

I first met the Burgesses and Kaufman when we put the first version of that website together in the early 2000s. Then, Guy and Heidi made so many trips to the DC area that we began to think of our guest room as the Burgess Suite.  Even though I don’t get to Boulder and they don’t get to Washington often any more, we remain close friends as well as professional colleagues. So, I’m hardly an unbiased observer of their work.

Nonetheless, I’d like to weigh in and suggest that while they got just about everything right in the article, I can actually strengthening one of the most vital  planks in their argument by adding three points I’m seeing in my own activism and research. I think I have something to add because I’m doing most of my work outside of the peacebuilding and conflict resolution community which was their intended audience.

The article covers a lot of ground, including the importance of collaborative democracy, the causes of today’s toxic polarization, and dealing with “bad actors” among others.

For my purposes, their key contribution lies in an idea that the Burgesses have been working with for a few years–what they call a “multiple parallel approach.” They draw explicitly on a term in computer science in which a large number of machines are used to tackle large and complicated problems that cannot be handled by any one of them. In the language of complexity science, patterns emerge that point programmers in the right direction as we are beginning to see with the proliferation of new sustainable technologies that are beginning to offer alternatives to the use of fossil fuels. And as they do so, they are making progress on other fronts, including taking their work to scale in responsible ways, which is another point that the Burgesses and Kaufman address.

In short, I couldn’t agree with their general argument more. However, perhaps because they focus primarily on the peacebiulding and conflict resolution communities, they miss the fact that  activists primarily working on other issues have made a good start in developing  these “multiple parallel processes.”

In other words, what follows are not criticisms. In fact, I kept nodding my head in agreement and smiling as I read their words.

As regular readers know, I’ve been working with and writing about initiatives in such areas as racial justice, climate change, economic equality, and personal growth that are trying to connect the dots in ways that not only mesh with the Burgess/Kaufman argument but suggest ways in which we can take their ideas farther than they themselves lay out in their delightful article.

Pivot Toward the Positive

I wrote these words while I was i reading Yascha Mounk’s  remarkable new book, The Great Experiment. Mount is one of today’s most promising young political scientists who has drawn on everything from his childhood as a German Jew to his data crunching as a political scientist at Harvard and Johns Hopkins. While the first third of the book focuses on what’s wrong, he spends a lot more time writing about what we could do to strengthen democracy in the increasingly diverse societies in Europe, North America, Asia, and the Antipodes. 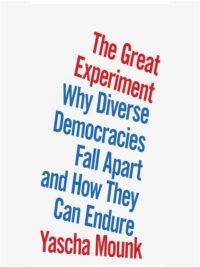 He reminded me of something my childhood friend, retired US NavyCaptain, and now active peacebuilder)Dick O’Neill impressed on me as the new century dawned. If you spend your time preparing counterarguments to the other side, you have already lost, because you’ve agreed to play the game on their terms.

What I’m seeing in the activists who are inspiring me on race, climate change, economic inequality, personal growth, and other issues is that they are crafting a new and more positive narrative about the world they want to build. And then they have begun building it.

Like a basketball player or a Silicon Valley startup, they have pivoted.  By planting one foot firmly on” the court,” they demonstrate their resolve to continue doing what they’ve always done which includes analyzing what’s wrong with the world and protesting against those injustices. More importantly, they are taking a bold new step toward their goal, whether that is the basket, profitability, or a more just and peaceful world.

That second step starts with defining and working toward constructive goals that systems theorists often call North Stars. These aren’t just abstract goals that we can dream of reaching sometime in the future, perhaps when my grandkids get to be my age. Rather, they build on what business scholars Chip and Dan Heath call bright spots or examples of things that are already working and/or show signs of leading to progress in the not so distant future.

The bright spots or leverage points in the system lead them to non-trivial goals that they could realistically reach in the short term. Success on those fronts could, in turn, lead both to more ambitious projects and provide activists with what I’ve called a sense of collective efficacy in my work as a political scientist. People stay active not because their anger keeps getting fueled, but because they see tangible progress be made along with signs that we can accomplish even more down the line.

Some of the groups I’m working with are already making major progress. Zebras Unite has two hundred or so businesses that have joined its coop, chapters in thirty or so cities around the world, a capital network that is ready to fund BIPOC and women-owned startups, and a consulting firm that helps some of the world’s best known companies turn their rhetoric about social justice into reality. Similarly, Re-Volv has loaned more than $10 million to nonprofits so that they could install solar panels on their buildings while training their staffs to become what its founders call solar evangelists. Both organizations are but the tip of the clichéd iceberg when it comes to organizations that are beginning to have a noticeable impact when it comes to  building a more equal economy or reversing climate change. 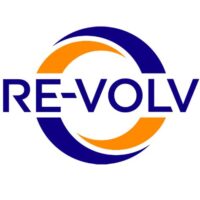 We have not made as much progress connecting the dots which is, not surprisingly, the title of the book I’m writing and of the loose network of organizations like the Zebras and Re-Volv which I’m trying to create. As you would expect, the leaders of organizations like these have their hands full working on “their” issues, and it will always be hard for them to find the time and resources to work on other ones, too.

However, I’ve noticed that they don’t know much bout each other and therefore find it hard to work together across issue-based and ideological lines. So, I’ve spent the last year documenting what they are doing but also introducing them to each other. I’m by no means the only person trying to do so. I’ve been introduced to the work of individuals like Devin Thorpe and his Superpowers 4 Good community and the amazing work being done by local Rotary groups around the world. 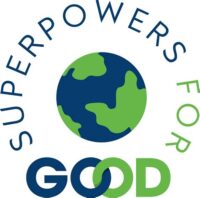 But returning to the iceberg cliché, much of the potential for change is just that, potential that still lies below the surface. When the Burgesses and Kaufman write about multiple parallel peacebuilding processes, this is what they are referring to. And, while this kind of work has begun, it has literally only just begun. 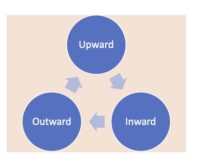 That leads to the third and final thing that is already happening.  Perhaps because a lot of the dot connecters I work with have some of their origin stories in Silicon Valley (including those whose history with tech was not all that positive), they pay a lot of attention to taking their  work to scale. And, some of them like the Zebras and Re-Volv are clearly heading in the right direction in that respect.

At the same time, they are unpacking the idea of what scaling itself means. It is not simply the willy-nilly pursuit of 10X ROI that is so common among Silicon Valley venture capitalists. Many, in fact, don’t want to go down that route at all, including the Zebras who took their name in part because they don’t want to be unicorns!

So, they all (re)define scaling  as growth in three different but overlapping directions each of which could lead to different kinds of 10X ROI (or more) given metrics that matter to the dot connecters.

Of course, there is a fourth and final point. What should we do next given what’s in the Burgess/Kaufman article.

First and foremost, we in the conflict resolution and peacebuilding communities have to take what they say seriously. We may not all see things in quite the way that they do. Nonetheless, I agree that our  particular set of skills are particularly needed given the degree to which this country is polarized. It is a skill set that very few of the dot connecters I’ve met have in their repertoire and one that they know that they need.

Second, those of us who are trying to do so in peacebuilding and beyond should  focus on the kinds of initiatives I’ve mentioned here and the dozens I don’t even know about to build those locally based, scalable, and game-changing projects. In addition to supporting multiple parallel projects, it behooves us to make the same kind of pivot and think about scaling in the ways that the dot connecters I’ve met are doing.

In the end, as Dick O’Neill keeps reminding me, we’ll counter toxic polarization if and only if we offer people a better and credible alternative that they can put into practice in the lived experience of their daily lives.  Those of us in the peacebuilding and conflict/resolution community can’t do that on our own.