Last week, I attended the Sixth Annual Build Peace conference in San Diego and Tijuana. These remarkable events address emerging challenges to peace in our digital age in ways that stress the arts as well as the digital. It is held in a different place each year. This year, the organizing team from Build Up^ decided to focus on borderlands and chose to hold the conference at the Kroc School for Peace and Justice at the University of San Diego and at the Escuela Libre de Arquitectura in Tijuana. Each of the days was dedicated to a different kind of border—physical, digital, and cultural—and like all Build Peace conferences included a bewildering away of keynote presentations, short talks, and workshops. And a long walk or two, one of which took us across the physical border into Mexico, while another took us to Freedom Park that surrounds the westernmost piece of the border wall where San Ysidro and Tijuana meet the Pacific.

I have been fortunate enough to attend five of the six conferences and now sit on Build Up^’s board of directors, so I’m hardly an unbiased observer. Still, just about everyone I met had a wonderful time, learned a lot, and left with fresh ideas about how to proceed with their own work.

We spent a day on each of the themes, starting with a keynote address that was followed by a series of ten-minute talks, which in turn led to afternoon workshops. No one, of course, could attend everything, but I came away with ideas that we peacebuilders can apply not just to our own borders but to those we face just about everywhere in the world. 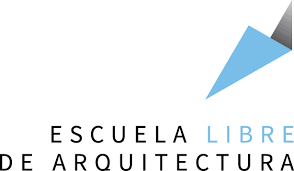 Geography. The most obvious example we saw was the fact that borders keep us physically apart. A few visitors from other countries could not make the trip to Mexico because they did not have multiple entry visas for the United States. Far more of our Mexican colleagues could not get visas to the United States at all, which meant a third of the participants could only attend the day in Tijuana. Some of us spent more time than others exploring the border, per se, while I was part of a group that worked more on how physical borders sap us of the trust on which healthy relationships depend. 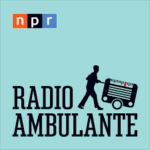 Cultural. Borders are also in our heads. Here, the keynote address by Pamela Ayo Yetunde of the United Theological Seminary of the Twin Cities got us off in a delightfully unexpected direction through an exploration of the meaning of Prince’s lyrics. From there, we focused on our mental borders and barriers in everything from the festivals we hold to the games that we play. In fact, the whole three days focused on the cultural side of things, with discussions ranging from the values we share to the ways immersive experiences can change them.

Digital. Because Build Peace’s team came together out of an interest in the potential digital technologies afford peacebuilders, technology infused all three days although we focused on it only in the first day in San Diego. Like everyone else interested in IT, we spent more time than we did in 2014 discussing the problems associated with the Internet. However, we saw plenty of examples of constructive applications in identifying and preventing conflict through the use of information technology, including Build Up^’s own Commons Project. I spent the buld of my time on this front working with friends who are rapidly expanding the intersections between peace and engineering.

As always, the most important part of the conference took place outside of the formal sessions when the remarkable people who attended the event found time to network—and enjoy each other.

At the Alliance for Peacebuilding, we now talk a lot about outward facing strategies in which we bring peacebuilding to people wherever they are, often without asking them to join the formal world of professional peacebuilders like ourselves. Instead, we want to go wherever people take their conflicts today, which is usually not to an organization like AfP.

No one does that better than Build Up^. Given the fact that the conference is held at various places around the world, it is hardly surprising that a very different group of people shows up each year. Many are from the region we hold the conference in. Others are drawn because they have met one of the organizers and want to be part of the action.

At any rate, we had yoga instructors, engineers, hardware and software designers, students, economic development specialists, and, of course, a Prince-loving theologian. No AfP member routinely either attracts such a diverse audience or engages them in ongoing activity even after they board their planes and return home.

Next November the seventh, Build Peace conference will be held co-organized with the Bertha Centre for Social Innovation and Entrepreneurship at the University of Cape Town. Planning has barely begun, but the event will add the relationship between business, youth, and peace to its already rich mix of topics.

I’ve already checked out the prices for flights to South Africa!