I just ended a hectic month of traveling with two conferences in the space of a single weekend. I presented a paper on corruption and peacebuilding at the Northeast Regional meeting of the International Studies Association that wasn’t half as interesting as a panel on gendered approaches to international relations which I’ll write about next week.

Far more interesting in the short run was the day I spent with a group of community college teachers who were attending an annual conference organized by David Smith. David has spent a life time as an attorney, mediator, and educator, including a long stint as a community college professor. So, I try to attend whenever I can, but this year I had to drag myself onto the Metro yesterday morning, because I was exhausted from all of the travel and meetings…. 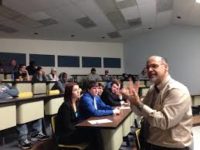 The minute I walked into the room and started listening to the twenty or so teachers take part in a discussion on careers that David led, all the fatigue disappeared for one simple reason. I realized that they were dealing with important parts of what I had written about last week in discussing our initiative to go to those places where people routinely take their conflicts.

Put simply, I realized that community colleges are one such place. So far, they  have not played a major role in our work in higher education and, more importantly, our efforts to build broader support for peacebuilding. That could and should change.

To begin with, people do take more of their local conflicts to their community colleges than to the kinds of liberal arts colleges and R1 universities that I’m more familiar with for a simple reason. They are community colleges. Most of their students live in their communities. Many are older, have children, balance school and career (and commuting). Issues in the community simply cannot be hidden behind ivy covered walls of a literal or metaphorical nature.

Few community colleges have formal programs in the field. Most focus on course work that can either lead to jobs or to transfer to a four year institution or both. One exception is Valencia College in Orlando, Florida. Its Peace and Justice Institute is the only unit of its kind that I know of. As its web site puts it,

Our aim is to nurture an inclusive, caring and respectful environment on campus and within our community – one where conflict leads to growth and transformation rather than violence or aggression.

It puts out a journal, holds workshops, trains students and community leaders, and more. Already this fall, it hosted a series of “be the change” workshops, several films, held meetings at the local Muslim center and more.

Few of the faculty members I’ve met over the years are trained in peace and conflict studies.  From what I could discern, only one of the attendees had a PhD in a related field. Rachel Allen, founder and force of nature behind the Valencia College program has academic roots in other disciplines and is among the few to have any formal training in peace and conflict studies—though I have to say that she now has a lot! 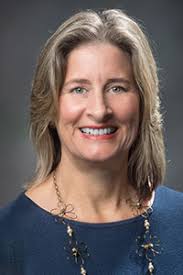 Yet, in some ways, the limited preparation of the faculty and their limited ability to offer courses is a huge asset for the kinds of projects I’m involved in that aim to expand the “footprint’ of the field. They already have their intellectual “feet” in other disciplines, as different as nursing, media studies, most of the STEM fields, and beyond. It is part of their mission to be embedded in their communities which often comes as an afterthought to the more prestigious institutions I’m used to working with.

And ironically, perhaps because they have had less experience working with what we think of as the core tenets of the field, they are more open to new ideas than many of my colleagues who have been doing this work full time for decades.