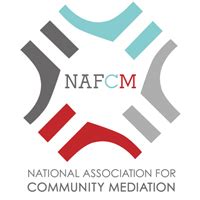 I just joined the board of the National Association for Community Mediation (NAFCM). I had worked with its President, D. G. Mawn, for the last few years and already knew that it was the best kept secret in American peacebuilding. So, when he and the rest of the team asked me to join the board, it was a no-brainer.

Joining the board marked the end of a long and occasionally embarrassing journey in which I didn’t pay enough attention to NAFCM or community mediation in general. My affection for mediation dates from the  early1980s when I read Roger Fisher and William Ury’s Getting to Yes and worked with a lawyer-mediators while I went through a divorce.

The idea of reaching win-win agreements always made sense to me. Even before I first heard the term, it was what I tried to do in my teaching and my activism. However, even when I read Fisher and Ury when I first became active in the Beyond War movement in the early 1980s, it was clear that getting to yes wasn’t going to be enough. While I loved the work that mediators did—including when it came to my divorce—I was interested in how we could transform society by shifting the way we dealt with conflict and mediation just didn’t get me all the way there.

In our jargon, mediation often lends itself to transactional outcomes in which, say, my neighbor and I work out our differences over the height of the fence separating our yards or, more importantly, workers and management reach an agreement on a new contract.  It has also properly led mediators to focus on the importance of being what they call :”third party neutrals” which certainly is important in those kinds of disputes.

For good or ill, I’ve been drawn to disputes in which I can’t be neutral because I find myself on one side or the other—civil rights and Vietnam in my youth or racial and economic inequality, climate change, and threats to our democracy today.

That meant that I never felt quite at home when I spent time with mediators in a professional setting.

In the process I missed what community mediation brings to the table. I shouldn’t have.

Title Ten of the Civil Rights Act of 1964 created the Community Relations Service which President Lyndon Johnson apparently thought of as the peacebuilders for his time. As Section 1002 put it, its goal was

To aid communities and individuals in resolving disputes, disagreeme nts or difficulties that impair the rights of persons in their communities and thereby threatening peaceful relations among them.

The CRS has had an uneven history in the nearly sixty years since then. Here, it is enough to note that it helped spawn the creation of local centers around the country that now have a wide variety of names, goals, and structures all of which are too complicated to get into here. 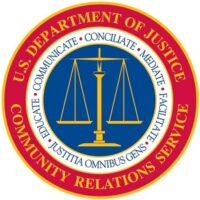 In 1994, a number of their leaders came together to form NAFCM to promote the use of bottom-up, grass-roots led mediation for social change on racial and other issues. Then and now, its goals were to create a single organization that could:

Then, when a number of other organizations that worked on mediation decided to merge and form the Association for Conflict Resolution (ACR) in 2001, NAFCM chose not to join out of fear that its commitment to civil rights would not be a high enough priority in the new organization.

To be honest, I didn’t pay much attention to either NAFCM or ACR until the middle of the 2010s when I met D.G. when we helped plan three conferences held at what is now the Carter School of Peace and Conflict Resolution t George Mason University. ACR wasn’t transformative or political enough for me, so I stopped going to its meetings.

And, I assumed that NAFCM was the same.

I finally realized that I was missing something when I mistakenly (but not for the first time) double booked a lunch with D. G. and a senior member of Oberlin College’s Development Office. At first, I was worried, because I didn’t know either of them well and worried that we wouldn’t find anything important to talk about that they could each benefit from.

It just so happened that Oberlin had just begun dealing with a town/gown dispute with racial overtones that ended up in a lawsuit that cost the college a lot of money. When we had our lunch, it was by no means clear that the two sides would not be able to reach an agreement.

It was clear, however, that the fact that Oberlin could have used a community mediation center. There is no guarantee that such a center would have helped forge a solution. Nonetheless, it didn’t help that no organization existed that had the trust of the entire community and could have brought all of the parties to the table rather than to court after the lawsuit was filed.

In short, I started paying more attention to NAFCM and community mediation in general. Along the way, I learned that the 400 or so centers  come in many forms. Some are non-profit organizations; others are government agencies. Most have some professional staff members but rely heavily on trained volunteers so that the centers’ work is as accessible as possible to the entire community, whether clients can pay or not. Perhaps most important of all, NAFCM centers try to anticipate problems before they turn into open conflict and see themselves as agents for change in their communities rather than “simply” as mediators.

Despite those differences, they share three common denominators that help explain why I’ve agreed to help them out.

Open to all. To begin with, all of the centers provide the space for all people who disagree to try to settle their differences in a safe and confidential way. Unlike my divorce lawyer forty years ago, NAlFCM centers make their services available to everyone in the community. In essence, no one is turned away because they can’t pay. Most centers use a sliding scale so that people (like me) who can afford the cost of mediation do pay. Others pay little or nothing. They can provide services for all in large part because NAFCM members rely heavily on committed volunteers

Community wide. The centers also differ from traditional mediators in that they focus on creating community-wide systems that foster cooperative problem solving and social justice which is another way of saying that they take on divisive social issues, too. In other words, while they start with the immediate disputes that bring people into their offices, their large goal is address broader needs.

Broader ambitions. Third, it didn’t take much for most community mediation centers to rediscover their roots in the Civil Rights Act when the seemingly non-stop crises hit the country in 2020. In some cases, they didn’t have to rediscover those roots because they had always been a top priority. Whatever their history, community mediation centers have thrown themselves into the efforts to create more just, inclusive, and democratic communities. To cite but one example, NAFCM members have been at the heart of the TRUST network, which is building a network that goes beyond mediation centers to enhance collaboration across issue based lines that enhance peacebuilding, social justice, and democracy by, among other things, establishing an early warning and early action network for dealing with disruptive conflict that draws on decades of experience we have had dealing with disputes both at home and around the world. In that sense, their work is in keeping with our growing understanding that effective peacebuilding anywhere in the world has to start at the grassroots and build up if we are going to have a lasting impact on either cultural norms or public policy. 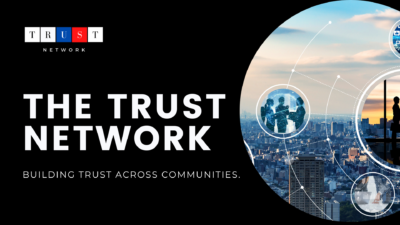 I only agreed to join the NAFCM Board of Directors because it faces two overlapping challenges. I know that I can’t make either of them disappear on my own, but as I’ll suggest in ending this post, I can at least open a few doors as  part of my contribution to the NAFCM team.

It isn’t well known. D.G. once said to me that community mediation is one of America’s best (or do I mean worst) kept secrets. It isn’t surprising that the centers aren’t widely known in the general public, although that is a problem which we will have to address. More worrisome is the fact that community activists don’t automatically turn to community mediation centers as potential allies in their work, something I’ve seen in towns and cities around the country.

Funding and other resources. They aren’t well known in part because most centers are poorly funded and staffed. According to one report done in 2019, less than 40 percent of existing centers have an annual budget of over $250,000 or more than one or two paid staff members. Part of that is by choice. In order to keep costs down and make centers available to everyone, most rely heavily on volunteers. Still, it is hard for them to “think big” if leaders constantly have to worry about covering payroll. NAFCM itself remains a small organization with a skeletal national staff, all of whose members work part time. Nonetheless, it has taken on new challenges and, with them, new aspirations in the time I’ve known D. G., especially during the 2020s. Quite frankly, the generous funding it receives from the JAMS Foundation just won’t be enough if we want NAFCM and community mediation to grow so that they can meet those challenges. 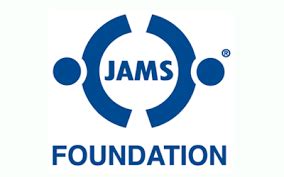 I agreed to serve on the its Board even though I knew it would take a lot of work because unlike the other organizations I work with, NAFCM relies on its board for much of its day to day leadership. I doubt, however, that I’ll spend a lot of time helping out at the Northern Virginia Mediation Service, since, oddly enough, I have never been trained as a mediator!

Instead, I’ll be helping NAFCM raise money and, more importantly, build bridges to the other organizations I work with in peacebuilding and beyond.