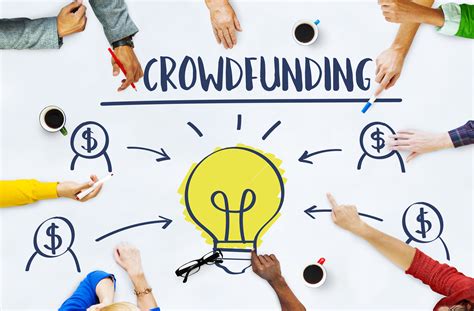 Devin Thorpe and his multifaceted Superpowers for Good  is changing my life as I wrote about in one of my first substack posts. Among other things, he has gotten me interested in crowdfunding as one way of financing the kinds of of social change initiatives we will need if we want to “connect the dots” and produce what McArthur Foundation calls a “more just, verdant, and peaceful world” in its tagline.

This has all come together through the SuperCrowd22 conference he is organizing in September. Even though (as you are about to see) I’m an utter newbie when it comes to anything involving finance, I’m helping him find people to attend the event. And attend really means participate in.

Via the Connecting the Dots initiative, I’ve decided to cosponsor the event along with Zebras Unite and others more directly involved in the funding-alternatives space.

But before I talk about either the conference or crowdfunding in general and why you should consider participating, I need to offer up

All reputable investment sites have disclaimers that warn potential investors of the risks they might be running. Some countries even require them.

I need to go even farther because this is new territory for me.

I am NOT asking you to invest or, for that matter, attend SuperCrowd22.

Even if I were, I would advise you to not follow my advice!

I AM asking you to think about crowdfunding’s potential for promoting social change whether or not your personal circumstances would enable you to participate either as a founder or an investor.

Once I work you through some of the key principles, I’ll come full circle and suggest ways that Devin can help you should you want to think more about crowdfunding.

Modern crowdfunding is an alternative to conventional ways (e.g., Wall Street or Silicon Valley-based venture capital) for companies—or anyone else for that matter—to raise money. In one form or another, it has been around forever, including in the lending circles my grandparents and millions of other immigrant families used to fund everything from home purchases to the creation of new businesses to meeting the cost of family emergencies.

Today’s versions were only made possible by the widespread use of the Internet. Now, literally hundreds of platforms exist to raise money on line to fund a businesses or other ventures. Typically, an organization is listed on one of theses platforms, and its listing includes a pitch (usually with a video), the amount of money it hopes to raise, a beginning and ending date for its campaign, and more.

Until I met Devin, I knew that crowdfunding had progressed far beyond the money I spent to get a crappy vinyl cover for my first iPad or the contribution I made to help finance a friend’s documentary film using  platforms like Gofundme or Indiegogo.

He introduced me to equity crowdfunding  in which startups and other companies solicit financial support in exchange for stock or some other form of ownership in the enterprise. I sort of knew that such things existed, but I had never thought about their broader potential.

Crowdfunding offers people like me an opportunity to use my money in a new way. Until now, my wife and I have donated a good bit of cash each year to nonprofits and take advantage of the tax benefits that ensue. Now, I’ve begun to explore how crowd funding gives me a direct way of investing that fits my social goals which I can’t expect my financial advisor to share despite the fact that I love the way he has handled our money in general.

Crowdfunding for ownership does not have the same tax benefits. However, as with any investment, if I choose wisely, I stand to make a return on my investment. True, I don’t expect the companies I choose to invest in  through these channels to produce the 10X ROI that Silicon Valley  venture capitalists bank on. I neither need  nor want to make that kind of money.

Instead, I want a social as well as a financial return on my investment. Along with some profit (and knowing that I will lose some money with some investments), I want to support companies that will benefit their communities if not the country as a whole. I hope some will be cooperatives or employ other forms of worker ownership. I hope, too, that some startups will even “exit to community” or  sell themselves to people like themselves once they either are profitable or the founders have otherwise decided to move on.

These are new phenomena and not just because the Internet is new. Just about every advanced country regulated how and where people could invest in companies well into the 2010s. In the United States, for example, companies could only sell shares or other forms of equity via institutions like stock exchanges and only do so primarily to “accredited investors” until the JOBS act was passed in 2012 whose provisions went into effect over the course of the next five years.

Now, all American citizens are allowed to invest in new companies over the Internet more or less as easily as VC fund managers can. And, depending on the platform and the terms set by the company seeking funding, the amount invested can be quite low, in some cases under $100. In exchange, investors get shares of stock in the company or some equivalent thereof and assume the same risk they do when they buy stock through a broker or, in my family’s case, a financial advisor.

Actually making a crowdfunding investment is surprisingly simple. Companies can apply to be listed on any of dozens of platforms that offer

Start by going to one or more of the platforms (see the next paragraph). Search them for companies you find appealing. Do your research on them.

Do your research on them.  Once you make your choice, join (for free) the platform and follow its instructions to invest in the company(ies) you picked.

There is one complication. There are literally dozens of those platforms. Devin has pointed me toward five of them.

Note one thing, however. While they all have offer a wide variety of companies, only Raise Green limits itself to social change oriented startups.

In time, more platforms will emerge, including more that focus on social change. There will be other ways to invest, including in funds that make investments for you, including the Inclusive Capital Fund that Zebras Unite is helping incubate.

Back to the Disclaimer

Before you go any farther, remember my disclaimer and add another component to it.

I am NOT giving you advice, and if I did, you shouldn’t take it, because investing is so far out of my field of expertise.

And remember the disclaimer that any investment advisor should give you. Investing directly in companies or in things like mutual fund is not like opening a savings account.  Your investment is NOT guaranteed by something like the FDIC. Any investment of this sort entails RISK. You could, indeed, lose your money. In fact, you should assume that some of the companies you invest in will go belly up. 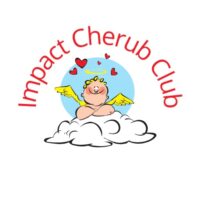 My friend Devin can help you get started—although he will issue the same disclaimers.

He has recently started the Impact Cherub Club. He chose the name intentionally. He does not think of it as a group of angel investors. None of its members have the kind of money you see thrown around in discussions of the big venture capital firms.

At most, he is bringing together cherubs. Baby angels. Or maybe angels in training.

I’m a charter member of what is now a monthly online gathering in which attendees teach each other a bit about crowdfunding and consider whether or not we should invest in up to three companies which Devin unearthed and one of us has researched over the preceding month.

I know that I’ve learned a lot. And I’ve discovered some companies that are worth investing in on financial grounds though I haven’t found any in the first few meetings I’ve attended that focus on social change enough for me to write a check.

And you can also attend the SuperCrowd22 conference which will be held on line on September 15 and 16. The conference will include some exciting speakers, most of whom are already listed on the web site. More time will be spent in break out sessions than in plenary talks. The two days will also have “unconference” sessions in which attendees will determine what they want to talk about and self-organize.

For example, I plan to suggest sessions on how these crowdfunding principles can be adapted for nonprofits to use.

The list price for the two days is $199 which is cheap by twenty-first century conference standards.

However, Devin and the rest of the team is offering a discounted price of $55 for people who register through the link he has established for the Connecting the Dots Community. If you click that link and then hit the “access hidden tickets” button, type the word  “content” to lower the price to $55. Then, fill in the form as usual, and you’ll be set and I’ll see you in a few weeks.

If you have trouble, let me know at chip@charleshauss.info and I’ll walk you through the signup process.