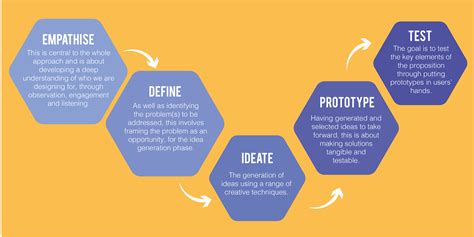 In my last post. I wrote about the first of two takeaways I drew from Christopher Blattman’s stunningly good, Why We Fight. As was the case then when I wrote about Cognitive Behavioral Therapy (CBT), I won’t be focusing on the most important things most readers would take away from his book. Instead, I want to home in on the other new thing—design thinking—that I found in his book from the point of view of someone who has been a professional peacebuilder for longer than Professor Blattman has been alive.

I freely admit to not being an expert on either design thinking or CBT.  However, I do know enough to suggest why those of us who don’t have advanced degrees in either mental health or social design should pay attention to them both for reasons that I’ll focus on here with the far newer discipline of design.

Where Design Thinking Comes From

Blattman spends even less time on design thinking than he did on CBT, including it in a final chapter on the practical implications of the years of research that went into the book, some of which seem to have surprised him. To see why he and I think it is important, it helps to take a step back and consider where the term design thinking itself comes from.

People, of course, have been designing things since time immemorial. And until recently the emphasis was on how we go about designing physical objects. Thus, in my youth, I didn’t think about design very often, but when I did it was usually around the creation of physical objects ranging from the shape of everything from this year’s fashion to next year’s automobile models. And, because design was largely the province of architects, artists, and engineers, I didn’t spend much time thinking about it.

But then in the early 1990s, some design engineers began thinking of their field in much broader terms which led them to begin thinking of design as a tool we could adapt and use in coming up with innovative solutions to complex social problems. Many of them, too, were also IT pioneers which meant, not surprisingly, that early design advocates clustered at universities like Stanford and MIT which had already developed reputations for doing cutting edge applied research that straddled traditional disciplinary lines.

Thanks to Bruce Nussbaum

People in my world who have heard about design thinking probably learned about it as a result of the work of IDEO and Stanford’s Hasso Plattner Institute of Design better known as the d.school whose histories are inextricably intertwined. IDEO is legendary for its outside the box ways of designing new products ranging from the mouse to the iPhone to CAT scan machines that don’t scare the crap out of kids who need to spend time in one as part of life-saving treatment. One of IDEO’s key leaders, Dave Kelley, decided to help found (and, I assume) fund the d.school as a place to train the next generation of designers. And, you can probably get the best first glimpse at what the field is like from either reading his delightful book, Creative Confidence, which he wrote with his brother (and Oberlin grad Tom) and includes the delightful story of the CAT scan machine that masquerades as a pirate ship or from the school’s new collection of resources

For the purposes of this post and may own work in general, I find myself (re)turning to Bruce Nussbaum’s Creative Intelligence, which I read when it came out in 2013) and introduced me to the field. I only picked it up because Bruce had been a graduate school friend who studied large scale social change and revolution with the same people I did.

Bruce, however, realized that he was not cut out for the academic world and ended with a distinguished career as a journalist which eventually landed him at The book  at Business Week he specialized in innovation. Bruce left when Michael Bloomberg bought the magazine and, ironically, became a professor  at Parsons/New School where he taught design thinking for a number of years before spending the bulk of his seventies mentoring startup founders, many of whom wanted to build businesses that would promote social change as well as turn a profit. 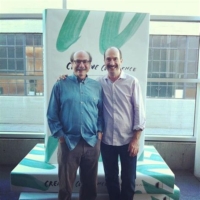 Some of the examples in the book are now dated, so it might make sense to consult this video of a talk he gave at a conference in Lisbon shortly after the book came out.  You can also click on the picture which will take you to the video as well.

In it, he starts with an idea that many of us who work social change in general and peacebuilding in particular also focus on. We live in what he and I call a VUCA world. It’s a term that was first used by professors at the U.S. Army War College who were trying to figure out what they had to prepare  the next generation of American generals to deal with. A VUCA world is:

Ours is a world in which, as Heraclitus put it nearly 2,500 years ago, “change is the only constant.” As Bruce puts it, change cascades on us like water coming over a waterfall.

Under those circumstances, the kinds of  incremental strategies in which success comes from major minor tweaks to what you’ve done before just won’t work any more. We need, as his title suggests, creative intelligence, something that is in short supply, as he sees it, in mainstream corporate life. And, I’d argue in political life as well.

Such  a world does not lend itself to simple solutions, whether you are trying to defeat the Russians in Ukraine or trying get your company to succeed in a world beset by climate change while you try to address social, racial, and gender inequality.

As I’ve argued in earlier posts, in a complex world, you do need a goal to point toward, what some systems scientists refer to as a North Star. But, there is no simple, linear path that will get you there. To use the language near and dear to design thinkers, you have to iterate or, to us mortals, experiment.  Then, on the basis of what you learn from that series of experiments, you keep improving your work and, like a sailboat heading into the wind, you keep tacking toward your goal.

In other words, Bruce draws on versions of design thinking and his own ideas about creative intelligence that privilege social change, long-term commitments, and dealing with wicked problems whose causes and consequences are so inextricably intertwined that you can’t solved them quickly, easily, or separately. A VUCA world, in other words, calls for a combination of design and creative thinking in at least the following five ways that he focuses on that talk.

As I look back on Blattman’s and Nussbaum’s books, I see the need for each of these five features in peacebuilding and in each of the other fields I’m working in as part of the connecting the dots project.

In sum, design thinking is no panacea, but it is something we should all think about more. I certain am. Thanks again to Chris and Bruce.