I try to avoid issues that could be seen as partisan in my blog posts—and most of the rest of my work for that matter.

My reasoning is clear (at least to me). I’m looking to build lasting solutions to vexing problems that almost certainly will have to cross partisan lines. Therefore, I don’t want to alienate the people I disagree with because, I assume, I will have to work with them at some point.

Every so often, however, something happens on which I can’t not take a stand. Double negative intended.

In this case, it’s the escalation of tensions with Iran that reached a new high (or is it low?) with the assassination of Qassim Suleimani last week. Still, I was reluctant to write about the crisis until two things happened on Thursday. Together, they led me not to condemn what the American government did (though I certainly find it unacceptable), but to suggest that we need to have a long overdue discussion of our policy on terrorism and that there are things you can actually do to make that happen. 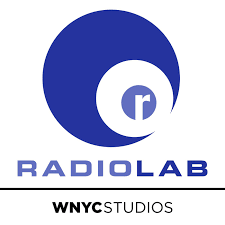 I’m a recent convert to podcasts. After finishing From Conflict Resolution to Peacebuilding, I treated myself to a pair of Apple Airpods™. Now, when I go for my daily walk, I listen to music or, if I’m feeling intellectually inspired, podcasts about current events and/or peacebuilding.

xWhile walking to my grandkids’ house yesterday, I listened to the most recent Radiolab podcast, “60 words.” The story was done in conjunction with Buzzfeed and first aired in 2014 (when I listened to it the old fashioned way—on my car radio) and Robert and Jad realized that they had to reissue it now.

Truth in advertising. I should fess up that Robert Krulwich, the soon-to-retire cofounder and cohost of Radiolab is an Oberlin classmate and one of my favorite people of all time. Whenever my nine year old grandson calls me eccentric, I make him listen to Robert and I tell him, “No, Kiril, Robert is the one who’s really eccentric. And I hear that his friend (and fellow Obie) Jad is even worse.

The sixty words plot line is simple Three days after 9/11, Congress all but unanimously passed the Authorization of the Use of Military Force (AUMF) resolution that launched the war on terror, whose newest phase included the attack that killed General Suleimani. It contained the sixty-word sentence that gave the episode its name.

Five years ago, Radiolab urged us to have a national debate about whether or not it still made sense to use the AUMF. Even more, if we had allowed it to become so vague and elastic that American leaders could use it to justify just about any action, like the ones we engaged in last week.

As I walked and listened, I realized that Robert and Jad were right then. They’re right now. 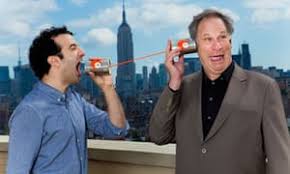 Yes, the attack in Iraq was abhorrent—or worse. More importantly, though, it is high time that we had a national or even global discussion about the best ways of overcoming terrorism, since it should be obvious to us all that “kinetic” approaches alone have not done the job.

After all, 9/11 happened almost twenty years ago. Most of today’s college freshmen weren’t even born yet. Still, the fighting continues with no end in sight.

I had listened to most of the episode by the time I got to the Alliance for Peacebuilding office which is the organizational hub for the +Peace campaign which is “mobilising people, governments & the private sector to tackle global violence & division.”

+Peace is a new coalition of twenty-five of the world’s largest peacebuilding organizations that have banded together to shift cultural norms about war and violence so that we can change public policies that lead to never-ending wars like the one(s) we have been engaged in since 9/11.

We’ve had some success, most notably with the inclusion of the Global Fragility Act in the funding bill that was enacted into law at the end of last year. For the first time, the US government will focus more of its attention—and its funds—on conflict prevention in the world’s most troubled regions.

Thus, I was not surprised that my friends who run the campaign had decided to take up Robert and Jad’s challenge. My inbox that morning already had a message from +Peace which I hadn’t had time to read. It asked us to sign a petition asking Congress to put the brakes on the momentum that seemed to be leading us toward a war with Iran.

It contains the words that echoed Robert and Jad’s:

Peacebuilders believe that deliberations of peace and war must transcend party partisanship. We urge Members of Congress from both sides of the aisle to take measures necessary to mitigate escalations that may lead to a catastrophic war with Iran and instead take proactive steps towards de-escalation and diplomacy.

That only made sense. After all, the +Peace partners and AfP’s other member organizations have spent the last twenty years opening dialogues between opposing sides in Iraq, Iran, and dozens of other hot spots around the world.

What You Can Do

After nearly 20 years, the loss of thousands of lives, and at the cost of trillions of dollars, we are no closer to winning the war on terrorism than we were on the day the AUMF resolution was passed. It is time to have that discussion. It is not time to blindly close ranks behind this president as we have blindly closed ranks behind his two predecessors—something Barbara Lee, the only member of Congress to have voted against the AMUF pointed out in the Radiolab episode.

But, if signing it leads you to start having discussions about what we could and should do about the real threats posed by the likes of General Suleimani, that’s a good first step. Talk about your frustrations with your friends and neighbors. And your elected officials.

I began my political career in the streets, protesting against segregation and the war in Vietnam. Some of my friends think it’s time to do so once again. I’m not so sure, although there are times when I’m sorely tempted to break out the old picket signs (I also listen to 1960s protest songs on my Airpods).

But, I’m convinced that it’s more important to have those discussions that are so intense that they leave neither party unchanged—as the pollster and philosopher Daniel Yankelovich called dialogues. They may not solve the world’s problems by the end of next week. But, they can lay the groundwork for making things at least a little better pretty soon.

I got home to a pair of emails from high school students who are using my comparative politics textbook in their AP government class. In the first day of class, they had done one of my sticky note exercises for mapping conflicts or other political dynamics and had decided that they wanted to pursue a bunch of issues during the course of the semester, including climate change, migration, poverty, and rampant nationalism.

That’s the kind of email that makes textbook authors realize that their work has had an impact. So, I wrote them back and said that I’d love to work with them as they explore these issues.

Then, I realized two other things:

·      The AP Comparative Politics curriculum includes a unit on Iran.