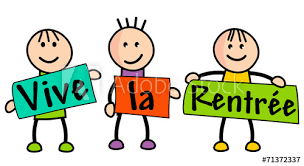 When I used to spend a lot of time in France, the first week in September was known as la rentrée because it felt like the whole country returned form its month-long vacation and life picked up at a fever pitch. 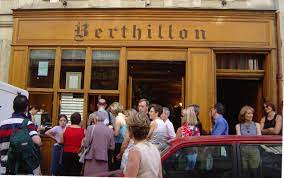 France doesn’t shut down as fully as it used to, although Berthillon—arguably the best ice cream parlor in the world—still shuts for August (it also used to close for July). Still, “the return” is remains a big deal.

It is for me, too. In case you hadn’t noticed, I took a Bertillon style summer off from writing blog posts. Part of it came from spending even more time with the grandkids who were mostly stuck at home which meant that we stuck (happily) with them. More importantly, I needed to spend the summer connecting the dots for new book which strangely enough will be called Connecting the Dots.

That mean coming close to closure on the overall argument I will be making and deciding on “dots” I want to explore in some depth. It took me the better part of two months because the book also pulls together a lot of the intellectual threads that have defined my career as an activist and an author. I had to make sense of it for myself before I could do it for my readers. And, since this is definitely not going to be an academic book, I had to put the way I write under the clichéd magnifying glass and fight the urge to do such things as dazzle you with how much I’ve learned or end every sentence or paragraph with a footnote.

I’ve now finished drafting the first three chapters which lay out the basic argument about why connecting the dots—or building intersectional movements that focus on constructive solutions—could be a way out of the mess we find ourselves in today. I’m sure they will change for the better as I do the research on the “dots” which I’ll be writing about in the rest of the book. I’m glad to share those chapters with anyone, and regular readers of this blog will have already seen much of what I’ve already written about.

I’m going to use most of my blog posts over the next few months to introduce those organizations and their work to my readers. Of course, I’m also going to be writing them as a nudge to myself to keep researching and writing so that I can get the book done by next summer.

Whoever you are, you will have at least heard of some of these organizations. But I hope to present them in a new and novel way by focusing on the steps they are taking to advance radical change by working within the system in intersectional ways. In other words, I’ll be focusing on the connecting side of connecting the dots. 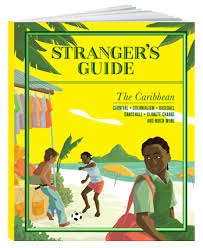 I also hope that you’ll also see how much fun I’m having doing the research for the story telling part of the book. That should be easy to see in the first two posts which I plan to publish early next week and the week after when I cover Stranger’s Guide magazine and Zebras Unite.

Stranger’s Guide is a magazine aimed at hip, cool travelers which an interest in social justice. Its newest issue on Tehran just arrived, and I’ll dig into it before I write next week’s post.

Zebras Unite is an amazing grass roots economic initiative run started by four young women who refer to themselves as the movement’s doulas and entitled one of their founding documents, “sex and startups.” 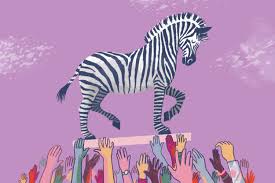