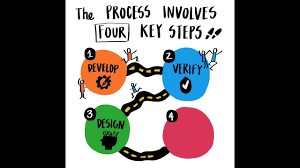 Is All Peacebuilding Local?

Like just about everything else, peacebuilding has its fads. Sometimes, a fad may simply reflect what’s hot at the moment and can disappear overnight. That happened to the pogo sticks and hula hoops of my youth, both of which seem to be making belated comebacks today after which they will probably fade back into oblivion again.

I don’t expect today’s newest peacebuilding fad, locally led peacebuilding to go the way of the hula hoop or pogo stick or disco or anything else of that nature.

The obsession with community based peacebuilding has a pair of inteconnected roots, two of which reflect why it is likely to survive. First is our (belated) realization that a good half of the agreements reached at the national level don’t  last. Here, think simply of the Oslo Accords between Israel and Palestine. Second, even more of those agreements address the interests and needs of national actors rather than the lived experiences of people on the ground, which has led British colleagues, in particular, to complain about the liberal peace—a term that often leads to confusion on the part of Americans who use the “l” word in a different way.  Linguistic confusion notwithstanding, agreements that only address national level political concerns

The importance and likely enduring nature of locally led peacebuilding can be seen in five of the initiatives I considered while writing From Conflict Resolution to Peacebuilding, although only three of them got a lot of attention in the book itself.

A Pair of Challenges

To confirm that locally led peacebuilding is a fad that is seemingly here to say is not enough. We have yet to tackle two overlapping issues that local peacebuilding alone cannot answer.