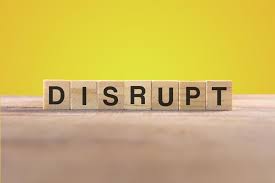 When my colleagues at the Alliance for Peacebuiliding decided to name me its senior fellow for innovation a few years ago, they didn’t know how big an intellectual debt I owed to Clayton Christensen. That giant (he was literally a giant at 6’8” tall) in innovation studies died two weeks ago. Since then, I’ve done little but think about the ways his work could and should help us rethink innovation in peacebuilding, which is something I had already been working on as we Americans consider the divisions wracking our country. 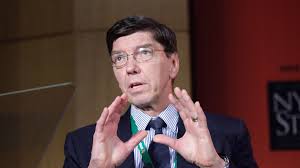 I never met Christensen. And, until late in his life, he focused on new technologies that disrupted existing markets for the better—disk drives, cameras, and the like. Only his final book, The Prosperity Paradox, came close to dealing with the questions of peace or political divisions which preoccupy me.

Still, because his ideas on innovation had shaped mine, I went back to his one book I had not read, How Will You Measure Your Life, which I’ve reviewed elsewhere, to rethink his ideas and how they would sharpen my ideas on peacebuilding innovation in the United States.

In all, I came away with four ideas from his writings that apply directly to the work we are planning in the United States.

The Job to be Done 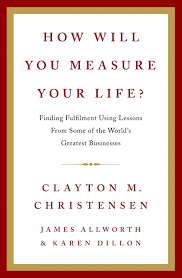 Christensen was best known for his work on disruptive innovation. For our purposes, his focus on the “job to be done” that we are “hired” to do is at least as important.  Invariably, innovators have to define the “job” in ways that go beyond simply defining or designing a new product that meets existing needs.

Here, the “job” is far broader and far more demanding than anything peacebuilders have contemplated so far.

My colleagues are doing terrific work in lots of areas, some of which have terms like innovation in their names (Peace Innovation Lab and Peace Tech Lab).

However, if I’m right, we need to do a lot more. These organizations are trying to build support for peacebuilding as it has been defined for at least the last twenty years. In even blunter terms, they want others to come and join us peacebuilders.

A Christensen-like job to be done forces us to think way beyond the clichéd box. In this case, that starts by realizing that a lot of people who would never think of themselves as peacebuilders are already doing peacebuilding like work. That can include the teachers who work with my elementary school grandkids on questions like bullying and diversity. It includes my friend Abby Rapoport who edits the delightful new travel magazine for hip, cool millennials, Strangers Guide. Most telling of all, it includes policy makers in countries as different as Singapore and Oman who have been dramatically more peaceful societies without ever mentioning the term peacebuilding.

Think of it in a different way. The researchers who created the Positive Peace Index define peace as more than the absence of war, to include good governance, personal freedom, a degree of equality, functioning markets, and more. As Oman and Singapore suggest, those are the goals we should be trying to reach, whatever tools we choose to use in getting there—peacebuilding or otherwise.

And, that means reaching out to what I have been calling our “first cousins” like my grandkids’ teachers, social workers, student activists, and a whole lot more. As we do so, our goal is not to ask them to become peacebuilders but to find ways of working with them to create a more peaceful world or, as I’m increasingly focused on, a more peaceful United States.

As I will argue in my next post, that means creating what I’ll call an architecture for American peacebuilding which can be taken to scale across the country to the point that we not only shift cultural norms but change public policies at the local, state, and national levels..

As Christenson tells us about the business world, disruptive, constructive innovations rarely come from the incumbent elites, whether they be member of congress or giant companies like the late and not so lamented Kodak. Innovators not only make neat new products (the political equivalent of the iPhone) but they create new markets for them (in 2005, how many of us thought we needed a pocket computer that surfed the web, got our emails and texts, took pictures, and, oh yes, made phone calls).

Christensen’s logic reflects other ideas, including a line attributed to Albert Einstein:

You can never solve a problem on the same level you created it.

That means creating markets by working with those first cousins to forge new coalitions and create at least partial solutions to some of our most vexing problems, if only first at the local level. As we’ve looked out at the American landscape, we’ve discovered two places where we think those “markets” can be created.

Youth. The press is filled with stories about how different Americans under 25 are from their elders. Two groups, in particular, seem likely to be receptive to the kinds of issues peacebuilders are inclined to raise—high school and college students.

Nonetheless, the fact that organizations like New Gen Peacebuilders are building support around the country and over 200 colleges have major, minors, or concentrations in peace and conflict studies suggests that there is a huge untapped market out there. Gettysburg College will be hosting as many as 100 undergraduate peace activists for a conference in June.

So far, organizations like the Alliance for Peacebuilding have worked primarily with graduate students who have already made at least a tentative professional commitment. The Peace and Justice Studies Association aims to reach students, many of whom already see themselves as activists.

We’re convinced that there is a much larger, untapped market out there.

Divided communities. Along with colleagues at Peace Direct, we have already been mapping communities that have something that resembles local peacebuilding organizations, including community mediation centers and more. Others have been trying to determine the communities that run the highest risk of exploding, as happened in Charlottesville VA a couple of years ago and almost happened in Richmond VA a couple of weeks ago.

It is our assumption that we can begin community initiatives in cities and towns like Charlottesville or Richmond around the country that already have some kind of problem solving infrastructure in place. Our job, then, would be to help those organizations do their job better and, more importantly, help them work with problem solvers like themselves around the country until we have created a movement for change that produces new public policies at the national level.

Work From the Outside In

Christensen also reminded us not to make the mistake of assuming that innovative companies like Apple or Pixar succeeded in one fell swoop. That’s the case because disruptive innovators rarely take on incumbent companies on their own turf. In peacebuilding terms, they rarely try to directly “counter” the world’s dominant ideas head on. Instead, they start by building projects or promoting ideas that do not challenge those incumbents head on. Occupy small new markets that the “big guys” aren’t all that interested in.

That leads to another set of reasons for starting with young people and local communities. We have reason to believe that young people, for example, are open to new ideas and that we can win victories at the local level far more easily than we can in Washington, especially given the toxic climate there today.

We don’t have to look in faraway places like Oman or Singapore. Cure Violence is but one of many organizations that has effectively cut gang warfare and the like in American cities. In their recent book, Our Towns,  James and Deborah Fallows document how dozens of small and medium sized cities have forged public-private coalitions that led to an economic rebirth or a new burst of social harmony. We may bemoan the failure of the U.S. Government to adopt a climate change policy. However, almost every day the news has a story of a company taking steps on its own, including Bud Light’s ad during the 2020 Super Bowl in which it pledged to create six square feet of organic farm land for every six pack it sells.

Some new products do take the market by storm, as the iPhone did a decade ago.

It’s far more common for a challenger to creep up on an incumbent as Netflix did to Blockbuster after it introduced its novel idea of sending videos by mail (long before anyone had thought about streaming). Netflix also shows us that challengers are almost never able to follow a single strategy from start to finish. Rather, they have to adapt using what Christensen calls an emergent or I would call a cumulative strategy. Like a sailboat tacking in the wind, we invariably have to experiment, learn from our successes and failures, and adjust our course along the way.

As we think about what building an American peacebuilding network would look like, it would include the following:

Over the next few weeks, my colleagues and I will be fleshing these ideas out into an action plan.

I’ll be posting that material here.