The first covers the years up to the end of the Cold War when four events occurred that symbolically reflect our birth as an autonomous academic field and political movement:

Obviously, these weren’t the only events that mattered. However, they do mark an important set of turning points in both academic and political life, all of which unfolded before President Reagan finished his first term.

I lived through those years. In fact, I emerged from a decade of political inactivity while I was getting my academic career established and was exposed to all four of them. (For readers who don’t know Doug, he was either not born yet or in diapers for most of the 1980s). Two things have stood out while I drafted what will be two chapters. 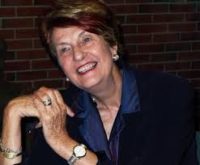 First, in looking back at those years from a vantage point in 2018, I’m surprised by how disjointed those incidents were at the time. John Marks and I attended the World Affairs Conference at the University of Colorado a couple of times during those years and were surprised to discover that we each had read Getting to YES, which had not yet found much of an audience in the peace movement. Most peace movement activists were more interested in being critical of the American and Soviet governments and focused almost exclusively on the problems we faced—to the point that George Lopez referred to our teaching and the movement as Gloom and Doom 101. Other than the Beyond War movement of which I was a part, no one was offering what I called “a rational basis for hope” in one of the first peacebuilding articles I published. Last but by no means least, I was invited to a conference on nuclear weapons organized by a physics professor at GMU on the same weekend that the first holes were cut in the Hungarian sections of the Iron Curtain. No one from its conflict resolution program attended.

Second, in assessing our political impact, I’m a bit surprised to have discovered how little of it we had at the time. There were huge demonstrations. Beyond War put as many as half a million people through its “orientations” to a world beyond war. However, we were largely frozen out of national and international level decision making. Indeed, we have decided that we have to cast the political side of that decade’s movement in terms of political contentiousness as defined by Charles Tilly and Sidney Tarrow. In other words, we were convinced, we had to force our way onto the political stage because “they” weren’t listening to us, because “we” weren’t foreign policy experts and other reasons. In fact, I can remember extended arguments with Tilly (who had taught me in grad school) who was convinced that we have to use force—if not violence—to get our foot in the clichéd door.

The rest of the book will bring the narrative up to the present. I realized how far we’ve come the other day when my seven-year old grandson told me he knew what win-win conflict resolution and karma were all about. I have no idea where he learned about them. It certainly wasn’t from me. Similarly, we may not have the kind of political influence we would like in national capitals, including Washington and Moscow. Nonetheless, as Doug and I will be documenting, we have found ways of working with people who we would have never dreamed of as potential collaborators in the 1980s, including some conservatives, Evangelical Christians, corporate leaders, and even some members of the military.

There’s still a lot to come in the book and from the peacebuilding community. So stay tuned.