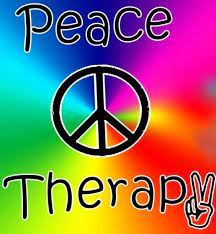 A few weeks ago, my therapist asked me about the book I’m writing, Connecting the Dots.  As I thought about it after our session was over, I ended up flipping it on its head in a way that will help sharpen the book itself so that the organizations i plan to cover can have an even greater impact.

We had been discussing how the book will explore what young activists are doing to build broad coalitions for social change. Each of them started within its own issue based “silo.” But what makes them potentially interesting and game changing is the fact that they are also all trying to build bridges across those silos.

Halfway through our session, Dr. X said that she needed to read the book. Even though therapists do their best to keep their own interests and lives out of their relationships with their patients, I already knew that she was a climate activist. The bumper sticker on her car gave that away as did the dozens of nods and smiles when I described my work over the years.

I was a bit surprised by her statement, so I reversed the doctor-patient roles and asked her why. She said that she has had trouble seeing now she could get involved in efforts to connect the dots between environmental and the other issues that she cares about. I pointed out that she had a day job and was plenty busy keeping people like me in good mental shape and that she shouldn’t beat herself up for not having the time and energy to connect the dots as fully as I do. After all, that is my day job, not hers.

As we talked and in the two weeks that followed, I started asking myself two questions, only the first of which I’ll take up this week, leaving the second one for my next post.

I actually don’t need to reach Dr. X herself. We spend an hour a week together, and since my work and personal issue are so inextricably intertwined, she has had plenty of opportunity to hear what I think. And if the nods across the Doxy.me screen this year, are any indication, she and I have similar views on most of the issues I’ll be writing about in Connecting the Dots. and have ample time to discuss the overlap between my personal needs and those of the world as a whole.

So, I started thinking about how I reached people like her which then led me to the two theories of change that structure my book and appear–often in conflict ways–in every part of my activist life since I “majored” in ending the war in Vietnam as un undergrad. 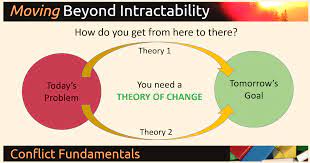 The first focuses on the need for radical change and works on the assumption that we activists have to force the powers that be give up their power. Unless I’m seriously missing something, that is not Dr. X nor is it me anymore. She and I both are quick to criticize the former president, environmental policies, or systemic racism and support constructive alternatives to them. However, neither of us is likely to be found on this generation’s barricades.

The second suggests that radical change can be anchored in public agreements on new policy proposals and, even more importantly, the adoption of new cultural norms. This is, in fact, the approach I’ve stressed the most since I reengaged as an activist with the Beyond War movement in the 1980s. It’s also the theory of change that is likely to have the biggest impact on people like Dr. X.

So, that’s what I’ll focus on here and combine it with more radical approaches next week.

Doctors have been known to mount the barricades. However, that is not the most important role they have most often played in movements for social change. 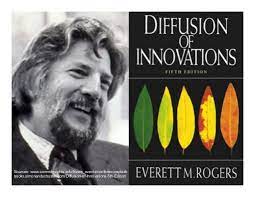 Doctors—especially therapists like Dr. X—have a critical role to play in the way the second approach to social movement building evolves. Many of us who base our work on it were inspired by analysts like the late Everett Rogers who charted how new ideas spread through a population.

That normally follows a surprisingly common pattern. In the first stage, visionaries and innovators come up with innovative ideas, but they are not particularly adept at getting the population as a whole to adopt them for reasons I don’t have time to get into here. The same is also true of political organizers whose ardor can actually turn off potential converts in the social and political mainstream.

Research on everything from the adoption of new corn see strains (Rogers’ original research) to the civil rights movement of the 1960s to the efforts to build support for marriage equality in the first fifteen years of this century points toward the importance of trusted opinion leaders. As much as I wish that we anti-war activists had more impact at the time, the fact is that the decision by people like Walter Cronkite to critique the government did more to build widespread opposition to the war in Vietnam.

In short, Dr. X and her colleagues often play that kind of role. It’s not just psychotherapists, but teachers, members of the clergy, social service providers, and, in some cases, even police officers. That happens when and if they trusted by large number of average citizens who listen to what they have to say. At their best, individuals with these kinds of backgrounds are not just trusted professionals, but they also serve are role models whose cues the rest of us tend to follow.

As recently as the late twentieth century, those opinion leaders were defined primarily in geographic terms. Now that we are all on line, that role can be played by others as the recent interest in internet influencers on platforms like TicToc and Instagram suggests.

In other words, I o want Dr. X to read my book for the reasons she mentioned in our telehealth session. Even more importantly, we will need people like her to take the ideas the activists I will be describing in it to scale.

But Dr. X and her colleagues can play another even more important role that she shares with some of the other kinds of professionals I mentioned above. They help their clients and patients dig more deeply into themselves, explore the root causes of their behaviors, and (hopefully) help them set off in new and more positive directions.

As I will argue in more detail next week, we need their skills as an entire society, not just as individuals who help us deal with our own, particular, mental health issues.

We will need them if we are to go through something akin to a society-wide therapy which, again, I’ll dig into more deeply next week. We will have to do what I’ve done with Dr. X over the years:

How Do I Reach Dr. X

I actually haven’t answered Dr. X’s initial question which, frankly, is not as interesting as the one I turned it into.

Still, the more I can define my audience before I write, the better the book can be. In this case, I need to write it for readers like her—and not just for my friends and colleagues who are already self-consciously connecting their dots.

It has to engage busy people primarily through the use of stories that both talk about what has worked in communities like the one Dr. X and I live in. And, it has to give them concrete ways that they can find even a few minutes of dot connecting into their already busy lives.

It Can be Fun

And that leads to what may prove to be the most important point in this post and the next one.

While my book has to be fairly short, real social change—like individual change in therapy—can take a long time.

Later this summer, I’ll celebrate my tenth anniversary with Doctor X. Despite more than a few ups and downs, our therapeutic hour has become one of the high points of my week. Far more often than not, it actually is fun.

As the people I’m writing about have already shown me multiple times, the hard work of pulling off radical change can be fun, too.

So, come back next week to see how and why that is the case.