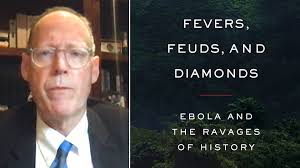 Paul Farmer is probably the second most famous public health doctor in the world after Anthony Fauci. With degrees in both medicine and anthropology, he has both taught at Harvard and worked in underserved communities in Haiti and, as is the case in this book, west Africa during the 2014-2015 ebola epidemic.

Although he finished Fevers, Feuds, and Diamonds before the COVID-19 pandemic hit, he was able to squeeze some parallels between the two outbreaks into the final version of the book before it was published this fall. It is a long and depressing book, so let me simply note its main conclusions:

This is an amazing book that you will have a hard time putting done. Until you get too depressed to continue, that is.