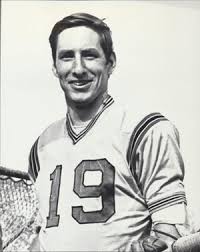 I was fortunate to attend Oberlin College in the late 1960s where I learned a lot and met some amazing people, many of whom have been life-long friends who have shared part of my political and professional journeys in peacebuilding and comparative politics. One of them is Chris Browning, author of Ordinary Men, which changed the way many of us thought about the Holocaust and is influencing the way many of us are thinking about the threats to democracy in the United States and Western Europe today. Unlike a lot of my friends, Chris is not someone I expected to have a huge impact on my life when he dated (and then married) a woman who an RA in the dorm I ate in as a freshman (and was a star lacrosse player). But, when the buzz started about Ordinary Men I dashed out and read it and then read it again when he published a new edition with an afterword that both takes into account the quite different work of Daniel Goldhagen and–more importantly for our purposes–ends with a bang.

Although we’ve never talked about, I assume Browning was surprised to find the archive that serves as the empirical base for Ordinary Men. It turns out that 210 surviving members of Reserve Police Battalion 101 that was based in Hamburg were interrogated in the mid-1960s. When going through those archives, Browning discovered that this group that had killed thousands of Jews and helped deport thousands more did not fit the stereotype of rabid anti-semites who killed Jews, Roma, and others out of deep-seated ideologically based hatred. 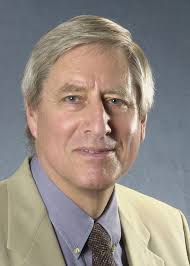 As he put it in the preface, despite having worked with archival material on the Nazis for twenty years at the time, “never before had I seen the monstrous deeds of the Holocaust so starkly juxtaposed with the human faces of the killers. ” “Unknown men arrived, carried out their murderous task, and left.” But now Browning had discovered that they weren’t unknown men–at least to him.

The Order Police were created in the mid-1930s and came to include most of the police, fire brigades, and other domestic security units in the Third Reich. After the war broke out, they were incorporates into Germany’s campaigns, especially on the Eastern Front and especially those invo

So far, there is not much surprising about his tale. However, the documents show that the rank and file members of the battalion were ordinary men indeed, The officer may have been rabid and experienced Nazis. Most of the enlisted men were middle aged reservists who led nondescript lives in Hamburg’s lower classes until the war broke out. 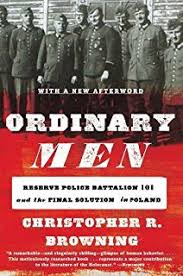 Soon thereafter, they were deployed to the east and took part in guarding the Jewish ghetto in Lodz and then in killing at least 10,000 Jews and sending at least that many more to the camps. No more than a dozen of them refused to participate, although those who chose not to kill Jews were able to find other duties early on. Over time, the members of the battalion grew more accustomed to the killing and the other atrocities they committed, especially once they no longer had to physically come face to face with their victims.

Many reacted in psychologically familiar but not necessarily heartening ways. Many drank a lot. When interrogated 20 years later, some of the perpetrators claimed to not remember what had happened let alone their own role in it.

In the end, Browning is perhaps best known for being one of the first historians to put the Holocaust experience in the broader context of social science research, especially work of Philip Zimbardo and  Lester Milgran whose research showed that we are all ordinary men and women who have the capacity to abuse our fellow human beings under the right–or wrong–circumstances. In particular, he focused on how the regime had inculcated a set of what he calls moral norms on the entire German population that were frankly hard to resist.

He returns to these themes in the afterword. In it, he spends a fair amount of time rebutting the critique of Ordinary Men made by Daniel Goldhagen who actually consulted the same archive. The details of that dispute are not that important here, since Browning’s work has stood the test of time far better. Whatever the role anti-semitism had had in German political culture before Hitler came to power, I suspect Browning is on firmer ground when he stresses “conformity, peer pressure, and deference to authority, and I should have emphasized more explicitly the legitimizing capacities of government” toward the end of the Afterword.

Even more compelling are the final words of the revised edition which were in my mind as I toured the Holocaust Museum last week with a group of students.

I fear that we live in a world in which war and racism are ubiquitous, in which the powers of government mobilization and legitimation are powerful and increasing, in which a sense of personal responsibility is increasingly attenuated by specialization and bureaucratization, and in which the peer group exerts tremendous pressures on behavior and sets moral norms. In such a world, I fear, modern governments that wish to commit mass murder wil seldom fail in their efforts for being unable to induce “ordinary men” to become their “willing executioners.”