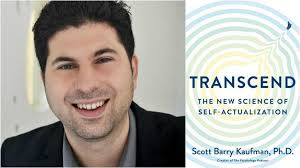 My first serious encounter with Abraham Maslow’s work came in grad school in the early 1970s. One of my professors, Ronald Inglehart, used what he thought of as Maslow’s higher order values to predict who was likely to support the new left movements of the 1960s of which I was a part. Inglehart got the demographic trends right which propelled him into an outstanding career as a pollster and analyst. However, I knew then that he had completely missed the mark on what  my generation of activists believed in. That led me to read and fall in love with Maslow’s work. In the process, I learned that Inglehart missed the mark on Maslow’s ideas, too.

Unfortunately, Maslow had died by the time I found his and Inglehart’s work. By now, the new left has died, too, although Inglehart’s work still takes us a long way toward understanding the divisions of our times as well as those of my youth.

Given my interest in Maslow, I was delighted to see that the young psychologist, Scott Barry Kaufman, had decided to marshal the evidence that has been gathered in the fifty years since Maslow’s death and update his ideas accordingly. It is an impressive, almost encyclopedic compendium of research in social psychology in which Kaufman’s conclusions often get a bit lost. So, to whet your appetite for reading the book here, are two of them:

The one thing Kaufman cannot do is to escape the often unspoken assumption that the most self-actualized people are also the healthiest, which is also something Inglehart had in mind when he brought these ideas to political science–and my attention–in the first place.

I started Kaufman’s book convinced that Maslow was right on that score. I still am. I’ll leave it up to you to decide whether Kaufman and Maslow make their case or not.