I was sitting in the bar after a recent conference and sitting next to a friend who was reading Dan Drezner’s book, The Idea Industry. I knew I should read it and asked my friend if it was any good. He said it was, so I dashed upstairs to my room to get it. While on the Amazon web site, I saw that he had written this book on international relations and zombies, I just had to read it first.

Warning: If you are intellectually lazy or worried that the zombie threat is so imminent that you don’t have time to read the whole book, here’s a TED talk Drezner gave. 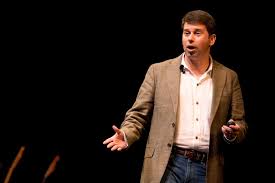 Whether you are an academic or a peacebuilding practitioner, you don’t often get to read books that make you laugh and help you learn at the same time. This is one of them. Down to every last detail. To wit, I was well into it before I was reading the revived rather than the revised edition.

The book is an academic tour de force with graphs charting the prominence of zombies in the popular and academic media, a review of the scholarly literature on zombies, and a case for why we need to think anew about international relations given the zombie pandemic. For instance, “Traditional tools of statecraft like nuclear deterrence, economic sanctions, or diplomatic démarches wou ld be of little use against the living dead. Zombies crave human flesh, not carrots or sticks.” (p. 15).

Seriously, this is a wonderful book for teaching theories of international relations, one I wish I had known about when I taught the course which was the best cure for another threat I’ve ever encountered–insomnia. Drezner works through all of the core theories mainstream international relations theorists focus on and explores how they would explain and prescribe solutions for the zombie threat.

I decided to review it here, first, because we academic peacebuilders do not spend enough time in dialogue/debate with our conventional international relations colleagues. That hurts both communities.

Drezner’s (and my) colleagues who are part of mainstream IR don’t spend enough time thinking about the complexity based models that we peacebuilders increasingly use. I’ll leave that for my discussions with him and his zombie-obsessed colleagues.

More importantly, we often are not taken seriously by conventional international relations scholars because we don’t know how to speak their language. Frankly, we don’t take seriously enough and tend to reject out of hand the kinds of statements Drezner makes about the so-called (we always add the so-called because we don’t agree with them) realists, such as “Cooperation in the form of balancing coalitions will always be transient and unstable. Just as zombies will always crave h uman flesh, realpolitik states will always crave a more favorable distribution of capabilities.” (p. 38)

Of course, I also read this book because my seven year old grandson is between his zombie and star wars phases. Even though he doesn’t know much about international relations theory, he does know about intergalactical affairs. So, he and I talked about the book (mostly the zombie side), and Kiril came up with a twist on deterrence theory (zombie threatening plants–he has also been through a venus fly trap phase) which would have made Drezner proud.

In short, this is a book we peacebuilders should read as part of our general social science education. And, hey, it’s holiday season, so we might as well let ourselves have some fun while we tackle zombies and other threats to human security.

And yes, I will get to The Ideas Industry early in the new year.