Skip to content
Reality Tells Me What To Do: The Peacebuilding Pivot

Reality Tells Me What To Do
The Peacebulding Pivot

I have not been writing blog posts as frequently as I usually do of late because I’ve been working on two big projects that have involved a lot of writing and eaten a lot of my time. I’m now ready to share the first draft of one of them which has two titles—a sure sign that I haven’t worked it all out yet.

In August, I started writing a short update to the last two chapters of my book, From Conflict Resolution to Peacebuilding, so that my mostly student readers would be able to assess its conclusions in light of the dizzying events of the last six months. Despite my best efforts, five pages turned into forty and ended up with a complicated title, Reality Tells Me What To Do: Toward A Peacebuilding Pivot

In it, I spend some time reanalyzing the current crisis/crises in the light of a leadership seminar for the Beyond War staff which I attended thirty years ago on “reality tells me what to do.” From there, I talk about a pivot we peacebuilding could and should make by focusing on the issues roiling the world today and adding our themes to the work that is already being done on them. If I’m right, what might seem like putting peacebuilding and conflict resolution themes in the short run might actually make it easier for us to pull off the paradigm shift I’ve been ranting about for my entire professional life. 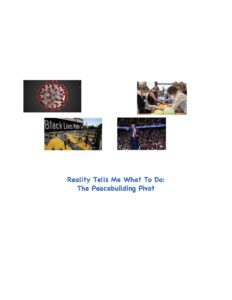 You can read the whole thing by clicking here or on the image of its cover.

On the assumption that you have better cures for insomnia at your disposal, here are its main points.

If the pandemic, recession, the protests since George Floyd’s death, and the constantly heightening stakes of the 2020 election have shown us anything, it is that our problems overlap and that many of our core decision making and governance systems are showing signs of strain if not outright failure. I’ve always called this situation one in which we’re faced with wicked problems whose causes and consequences are so inextricably intertwined that they cannot be solved quickly, easily, or separately—if they can be solved at all.

My younger activist friends prefer the term intersectionality to refer to the same set of problems. I now use the two terms interchangeably.

The Limits of Business as Usual 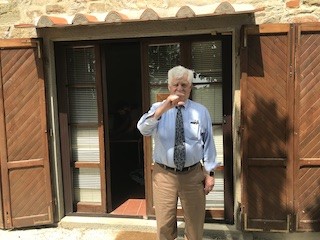 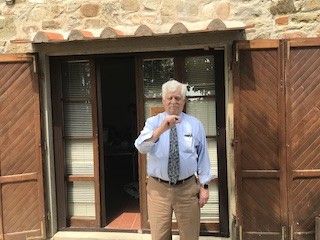 For the last few years, I’ve begun public talks with a version of these three pictures which we took while visiting Rondine, Cittadella della Pace in 2019. The tiny gap between my thumb and forefinger suggests just how little of an impact we had when the modern peacebuilding and conflict resolution fields were created in the early 1980s. In the second one, there’s a little more distance between them to reflect the gains we’ve made since then, but it’s still not substantial.

I use the third one to suggest just how far we need to go if we want to reach our goals. I also use it to drive home the point that we can’t get there using business as usual. 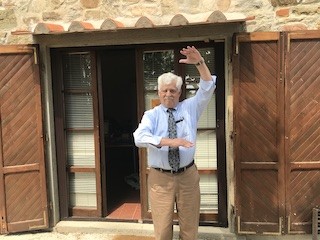 The events of the last few months have convinced me that people are not likely to join our efforts en masse if we appeal to them using peacebuilding and conflict resolution themes alone. As we are seeing every day in the news, they are more likely to be mobilized around the specific issues we face, including race, public health, gender, climate change, gun violence, the election, and more.

Our themes will be needed, and may be needed more than ever.  Today’s movements can benefit from our ability to build trust, foster consensus, and dig into the underlying structural and cultural causes of today’s problems which also amount to our paradigms for dealing with conflict.

That will oblige us to engage as peacebuilders inside those existing movement. As my friends at Build Up like to put it, we have a lot to offer when we are both non-neutral and non-polarizing.

As I look out at the world today, I see all sorts of new movements being created and expanding their impact, some of which I’ve written about in recent posts. Build Up and Resetting the Table are doing terrific work on polarization. The Hive is figuring out how to empower activists during these worrisome times. Dozens of local and national movements have come together around racial justice as we saw most recently in the March on Washington last month.

Some of the most promising ones have not made it onto most of our radar screens during these charged times. Thus, I’m personally intrigued by initiatives in the corporate world, including Imperative 21 and Zebras Unite.

What’s missing is the coordination that would allow movements to coalesce around the country and across issue areas. I suspect that I’ll be writing a book about how people are trying to do that in which I’ll also try to play a role in building bigger and broader coalitions over the course of the rest of the 2020s. 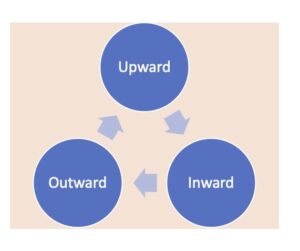 As I’ve also written in the past, I’m convinced that we can take our work to scale in the three overlapping ways outlined in this chart. We can take our work to scale at the national level and impact public policy making in ways we rarely have in the fifty years that I’ve been a political activist. We can only do that if we scale in ways that I call outward and build those geographical and intersectional coalitions, some of which are at least being talked about today by the likes of Imperative 21 and Zebras Unite But we also have to scale inward in two ways. First, we need to spark a global cultural change that is in line with the realities of a rapidly changing and increasingly interdependent world. Second, at least those of us who want to play an active role in producing what I’ll call a paradigm shift in the next section have to deepen our understanding of and commitment to new norms about specific issues (e.g., racism) and cultural norms about the ways we can live in right relationships in general.

Toward a Paradigm Shift

I have been interested in paradigm shifts since I read Thomas Kuhn’s Structure of Scientific Revolutions in my first political science research methods class as a college sophomore in 1966. Engaging with the Beyond War movement in the 1980s brought me back to the need a cultural paradigm shift in which we all adopt cultural norms that make sense for our interdependent world by stressing win/win conflict resolution and cooperative problem solving at all levels, form the interpersonal to the global. Events since then have shown that a paradigm shift has to include more than those cultural norms and lead to changes in the ways our institutions function as well.

I sincerely hope that the movements which I describe in the larger paper and that I hope to help grow in the years to come can help make that happen. Whether the larger document I just wrote turns into a book or into something else, I plan to spend whatever time I have left working on this kind of sweeping cultural, social, and political change which seems more plausible today than it was at any point since my student days.

One final thing is clear.

My generation should not be leading this. Despite our promising beginnings in the late 1960s, we’ve done a rather lousy job when we’ve been in power.

At the same time, I really am impressed by the young people I work with and see in the news.