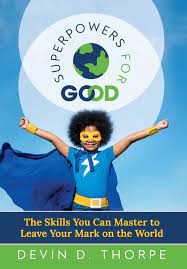 I used to think that I was a great dot connecter. While it’s true that I know a lot of people who do lots of different things and take pride in my ability to bring them together, I got my comeuppance within days of deciding to launch the Connecting the Dots Community.

But I’m sure glad I did

For reasons that had nothing to do with connecting dots and no bearing on the rest of this post, I had decided to move my weeklyish newsletter from Mailchimp to Substack. Within hours of launching the site, I got my first new subscription. 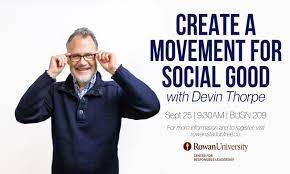 So, since I was new to the platform and had nothing else I had to do at the moment, I checked him out.

Both his Substack newsletter and personal web site, www.devinthorpe.com lead with a tag line, “superpowers for good.”

As a grandparent of an eight and an eleven year old who have passed through various superpower phases, I was hooked.

I discovered that he had written a book with that title which I immediately read and have reviewed elsewhere.

Then, I went to the Contact menu in his web site and fired off an email.

Unlike lots of web site owners, he responded almost immediately. We found some times that worked for both of us just before the holiday season began and he moved from Salt Lake City to Florida. We started talking.

Our discussions began taking the dots project in a dramatically new direction.

Before I officially launch it at AFP’s PeaceCon@10 on January 27th (hint: you can register for it at https://events.bizzabo.com/peaceconat10). 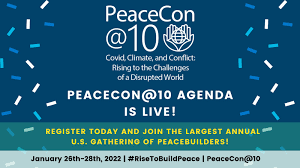 But I’m getting ahead of myself. I should tell you why meeting Devin was both fun and useful before I talk about what it might mean for my work in the months to come.

In the early 2010s, NPR’s Michelle Norris collected six-word-long stories on the impact of race in the United States which aired on All Things Considered, the daily news program which she then co-anchored. Most of them were amazing.

One day, I had to facilitate a meeting with lots of people who liked to talk a lot and would, I know, want to introduce themselves at the start. I knew I had a problem. We could spend half of the time before we got to the heart of the matter. 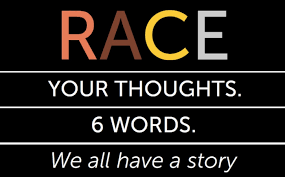 So, for reasons that I can’t remember, I made an on-the-spot decision to adapt Norris’s project and ask people to introduce themselves in six words. It worked so well, that I’ve used it ever since.

When I do, I only need four words to describe myself—“I collect interesting people.” If my wife is in the meeting, I then loan her my two extra letters.

It’s also a good description. In fact, I thought I was a Guinness-book-of-World-Records level interesting people collecter until I met Devin.

In the years since he quit his day job as CFO of a Fortune 500 company, Devin has interviewed over 1,200 changemakers for his podcast. After about 800 episodes, he decided to settle in on a format. He would ask the people he interviewed to identify their own superpowers and then explain where they came from and how they used them. In 2021, he pulled the most revealing of those interviews together in Superpowers for Good.

By orders of magnitude.

He identifies a number of familiar superpowers which kept cropping up in his interviews, including altruism, networking, leadership, passion, honesty, courage, persistence, and positivity to which he added a few others that only appeared once or twice like gratitude, curiosity, and entrepreneurship. The book presents then presents excerpts from the podcasts that best illustrate a given superpower for good.

To my surprise—and delight—I had never heard of most of them other than Katharine Hayhoe (climate change), Sam Daley-Harris (the power of grass roots movements), Bill Drayton (founder of Ashoka), Paul Hawken (environment and business) or Nicholas Kristoff (who recently left the New York Times to run for Governor of Oregon in 2022 which he may or may not be able to do).

The rest were new to me. They came from all over the world. Pioneering voices in public health, in raising money to empower BIPOC entrepreneurs, in Rotary’s efforts to build world peace, in television production, and a whole lot more.

He doesn’t just gather superpower stories for his podcasts and books. 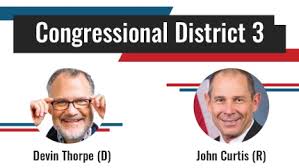 He teaches courses and gives talks on superpowers for good. Typically, he will ask whoever invites him to pick three to five superpowers from the list of about sixty of them he has gathered over the years, and he designs his talk or workshop so that people in the audience can develop their version of that superpower;

Needless to say, Davin is also a bit quirky. In 2020, he ran for a seat in the House of Representatives as a liberal democrat in one of the reddest districts in Utah. Not surprisingly, he lost. He has since moved to Florida but only after finding an electric truck so that he minimize his carbon footprint. That and everything else I’ve learned about him since we met in December is that he “walks the talk.”

Where He, I, and We Go From Here

My initial plans for the Connecting the Dots Community were fairly simple and fairly clear. I would start with about ten organizations that focus on peacebuilding, race relations, climate change, and economic revitalization and equality that a) I already work with and b) have a demonstrated interested in working across their issue- and ideologically-based silos. Even thought I know all of them pretty well and am pretty good at what I call catalytic convening, I can’t predict what kinds of things they would come up with once I get them together after the AfP conference.

Meeting Devin threw at least one intellectual monkey wrench into my plans.

Maybe I should broaden my goals in one key way that could help the initiative “collect more interesting” people quicker than I had planned because….

He would be a terrific “ringer” to add to the group for one simple reason.

He may be an expert at identifying dots worth connecting who puts me to shame on that score.

He probably isn’t as good as I am at focusing them the leaders of the social and political “dots” on things they could do together.

But maybe my initiative doesn’t need to focus on concrete goals that revolve around my social and political goals as much as I had assumed.

My uncertainty is compounded by the fact that Devin is also amazingly busy and is still settling in to his new home in Florida.

Still, once he gets  all the boxes unpackedg, we plan to reconnect and figure out how we can combine our own superpowers for good more effectively.