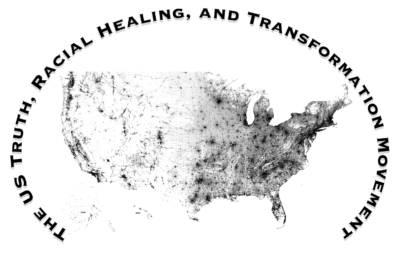 You don’t need me to tell you that racism is one of the most important issues driving the current political crisis in the United States. You also don’t need me to tell you that there’s nothing new to that statement. Race has been an issue since the first slaves were brought to Jamestown in 1619. Even earlier. After all, the genocide of Native American populations was already well underway as was slavery in other parts of what was mistakenly referred to as the new world.

On the other hand, I might be able to convince you that things might be different now.  New civil rights (and more) movements just might help us overcome what today’s activists call systemic racism.

There are actually a number of such efforts. Some have been around for a long time. Others were created more recently, especially following the rise of right wing and white nationalist populism, the election of Donald Trump, and everything else that has roiled the United States ever since, especially, in the dreadful year that just ended.

Here, I simply want to introduce you to one of them which I’m privileged to be a part of—the United States Truth, Racial Healing, and Transformation or USTRHT for short. While I happen to think that the USTRHT can take us a long way, I’m more interested in having you use the USTRHT as a mental jumping off point that leads you to find it or another initiative that better addresses your interests and takes advantage of your skill set.

The USTRHT is new, having only been created at the very end of 2020, And, as you will see below, it is very much a work in progress to the point that you can actually say that we are still creating it.

It is a coalition that brings together average citizens, national and local leaders, a network of funders, celebrities, activists, academics and more who, in the words of some of its founders, want to:

Together, we hope to address the frustrations that have burst out into the open since the start of the pandemic in early 2020, knowing that those issues have a long history that literally goes back to the dawn of American colonialism.

Although it is still being created, it has already brought four initiatives together and continues to gather partners and projects. 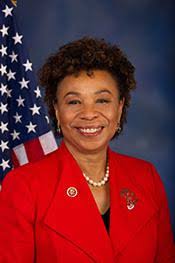 House Resolution 100. On June 4, 2020 U. S. Representative Barbara Lee (D-CA) introduced a resolution calling for the creation of Truth and Racial Healing Commission. By the time the Congress adjourned, the resolution had 170 co-sponsors. A similar resolution was introduced in the Senate by Cory Booker (D-NJ) which had 13 co-sponsors. As is the case with all pending legislation, the resolutions lapsed with the end of the 115th Congress. Our team briefed the Biden-Harris transition team, and we are hoping that a version of the commission will be created during its first hundred days.

The Truth, Racial Healing, and Transformation Framework. In 2017, the W. K. Kellogg Foundation created its own framework for Truth, Racial Healing, and Transformation and funded pilot projects around the country. Each develops its own initiatives, but all work on some combination of redefining narratives on race, enhancing the rule of law, expanding social inclusion, encouraging economic empowerment, and supporting trauma healing. All of those goals are designed to help Americans build better relationships across racial lines. 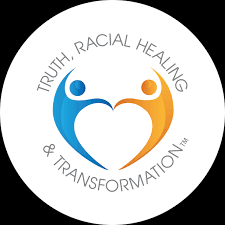 Advocacy Coalition. Shelly Marc, then Lee’s chief of staff, began organizing a coalition of to advocate for the creation of the commission and expansion of the kinds of work Kellogg is funding. The Breathe with me Revolution has taken the lead in the effort, hoping to turn last year’s protests into lasting policy change. As of this month, 229 organizations have endorsed the call for creating a commission, ranging from Sojourners which has deep roots in the Evangelical community to March for Our Lives which led the protests following the mass shooting at Marjory Stoneman Douglas High School in Parkland FL.

Academic Partners. I am personally involved because the teams behind the USTRHT sought academic partners. The fact that one of them is the African American studies program at UCLA should come as no surprise. I am involved because the founders reached out to the Carter School Peace and Conflict Resolution at George Mason University where I have a courtesy research appointment. In the last year, we had created the John J. Mitchell Program for History, Justice, and Race as well as the Mary Hoch Center for Reconciliation. We bring to the table our experience working to create and support truth and reconciliation projects both in the United States and around the world at the local as well as the national levels. Because I also wear my Alliance for Peacebuilding hat, we have been able to integrate USTRHT into AfP’s broader efforts in the United States.

Artistic Contributions. Breathe with Me has close ties with the Black Action Music Coalition, among others. Just last week, it released a video by Alicia Keys, Khalid, Mary J. Blige and nine other artists, “17 Ways You Could Be Killed if You Are Black in America” which had been viewed at least one million times in the first 24 hours after its release.

What We Are Doing

Last week, we invited potential funders to an information session on the local initiatives. While we mentioned the advocacy work, the academic partnerships, and the outreach to the. Biden administration in passing, we really wanted to showcase the grassroots initiatives because they will be at the heart of what the USTRHT hopes to accomplish now that we realize that cultural change is at least as important as the introduction of new policies or the creation of new institutions at the national level.

Most of the presentations grew out of the work Kellogg has been supporting for the last four years. Here is a sampling of what we heard about changes that are already taking place in communities around the country.

It truly is too early to tell how USTRHT will evolve. The situation is too fluid, and many key decisions will be made by others, including the Biden administration.

What I can do is suggest what the Carter School and others in the American peacebuilding community could and should bring to the metaphorical table. As impressive as our coalition partners are, we have been included because we have at least three things to add.

Let me close with an invitation. As I mentioned earlier, ours is not the only initiative worth supporting. I personally know of dozens of others that focus on race and even more that are taking on other issues that have roiled the United States either in the last year or throughout its long history.

Find the one that works best for you. Give it your all.

Because we have a lot to do and time is growing short.