I attended the Association for Conflict Resolution (ACR) conference last week in order to learn more about up-to-date tools used by mediators for my book and to begin the soft launch of a new initiative being led by ACR, the Alliance for Peacebuilding, George Mason’s School for Conflict Analysis and resolution, and Rowman and Littlefield publishers. We have all decided that we need to expand the work that is being done so that win/win conflict resolution and the like become more central components of everything from our popular culture to our political decision making. We have a pretty good idea of what the problems we face happen to be. What’s less clear–and what this initiative will address–are the unique skills we “bring to the table” and how we can best put them to use.

While there, I listened a lot and gave two short talks which I’ve summarized here.

Because as my friend Fred Krawchuk likes to put it, we all have very different “skin in the game,” I decided to start by sketching out ideas for a common point of departure that we could all use, I started with ideas I drew from outside all of our fields, three of which seemed to get some traction.

Dolly Chugh teaches business at NYU. In her recent book, The Person You Mean To Be, she turns a 1960s slogan  around,

Unlike the line we chanted in old days, Chugh is begging us to understand how we peacebuilders contribute to the perpetuation if not the creation of the problems we face.

Gary Bolles heads the singularity university’s future of work projects. In it, he has developed the acronym PACE which he thinks anyone needs to live up to in tomorrow’s professional world. It applies to our work, too, which I’m hoping will lead to a closer link between our initiative (see below) and Singularity. In his terms, we need to be:

Second City is best known for its improvisational humor. It also runs a highly successful corporate consulting group that helps C Suite executives use improv to help their work. As in their comedy routines, Second City never encourages people to reply to an idea with “yes, but,” which is a turn of phrase we academics know all too well. Instead, they keep conversations going and make them funny by replying “yes, and” instead. Today, however, we face dozens of issues in which we have to say “no.” even us peacebuilders. All too often, we say “no, but” and deepen our criticism of the other side. We know a lot less about “no, and,” that could and perhaps should be the basis of how we deal with people we disagree with which, in my case starts with the Trump administration. I’m not sure one would ever actually use the phrase no, and the way Second City uses yes, and. However, findings ways of disagreeing with people and  opening the door to collaborative problem solving seems an idea well worth pursuing. 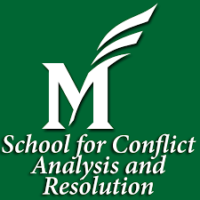 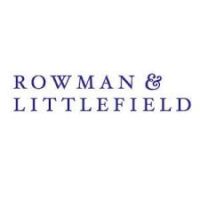 Perhaps because it already has a working relationship with both ACR and AfP, Rowman and Littlefield approached both organizations to see how we could expand the field(s). To that end, we hosted a dinner with ACR thought leaders at its conference last week. We will turn the results of that discussion into a one page document which we will use at a similar dinner at AfP’s conference later in the month.

After that, all of us will sit down and begin to develop new publishing initiatives. We will also develop ideas for new kinds of programming, some of which we will be able to start right away. Most will require more in-depth discussions with a wider range of concerned parties, ranging from elementary school teachers through alternative dispute resolution lawyers and maybe some athletes and others to boot. We plan to do this at a conference we will host at George Mason’s lovely Point of View retreat center in May of next year.

Already, a few themes are clear:

We literally are at the very beginning of an effort that I assume will consume the rest of my professional life, and we know that we have a lot to learn.