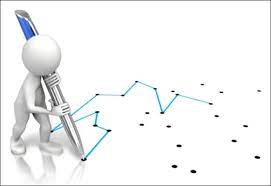 A few weeks ago, I wrote a blog post with a very early draft of the first chapter of my next book, Connecting the Dots—so early that I’ve already changed it a good bit. Now that I’ve almost finished an equally early second chapter that puts the need for connecting the political dots in context, I’m about to begin the hard part—the research.

In the simplest terms, I have to learn about the dots.

Not all of them. Just the most promising ones. That fit some key criteria.

Since I’m not sure that I either have all the criteria right or have uncovered all of the dots I want to fill in, I decided to use this post to clarify my own thinking and then ask my readers both to take me deeper into those criteria and to help me choose examples to study and—as you will see—potentially work with.

I have no desire to write a dispassionate or otherwise value-neutral book. I never have done so. My own values were central to what I included in everything else I’ve ever written, including my comparative politics textbooks.

However, I only began purposefully thinking about action research rather late in my career. That makes this the first time I’ve explicitly chosen to engage in the work of the individuals and organizations I’m researching and to use what I’ve learned to advance their work.

To put it more bluntly, I’ve chosen to study organizations that I agree with and want to see have an even greater impact in the rest of this decade and beyond. In some cases, I have actually been directly involved in their work.

The movements and individuals I will be writing about are rarely household names and almost never represent today’s most popular or influential movements in any of the areas I will discuss in the next section.

I chose them because they have tremendous potential and are at least on their way to meeting these five criteria which I think are critical to the growth of movements that have a chance of producing large scale social and political change using nonviolent means.

Each also follows what amounts to a nonviolent path toward sweeping social change which has been the one nonnegotiable item on my tactical to do list since I was an undergraduate. Each does so while simultaneously anchoring its action in a desire to benefit as many people as possible by doing as little harm as possible.

Not all of them do so explicitly. Nonetheless, all take the following statements about nonviolence by Kazu Haga for granted.

A principles approach to nonviolence has an explicit goal that is big enough (not just revolution but the realization of Beloved Community) and tactics that are militant enough to create the systemic changes we need without perpetuating harm while engaging in it.

I then had to define the specific issue areas and organizations to follow. Here, too, I had to make some choices. I wanted to cover the key issues of our time, but I also wanted to focus on organizations that were trying to balance five fine lines that all of who are trying to build nonviolent movements in the 2020s have to deal with. While these are all pivotal issues, none of them is easy.

In other words, the book will both tell the stories of some interesting and promising groups, but it will also focus on the challenges they all face and that none of them has yet overcome. I’m still figuring out who to include other than the groups that I already work with so.

So, suggestions are always welcome.

Inclusion. Throughout my career, I’ve tried to bring strange political bedfellows together and have tried to pursue both radical long term goals with forging the broadest possible coalitions. The simmering controversies that burst into the open in 2020 suggest that no movement that simply tells us what’s wrong is likely to get very far. Nor is any movement that simply tries to bridge every divide. To be sure, I’m a strong supporter of creating what my long-ago professor Robert Putnam calls bridging social capital. However, in today’s world, any movement I’m interested in also has to be on the right side of history. As my friends at Build Up put it, we have to find ways of being non-neutral (being on the right side of history) and non-polarizing (inclusivity). In each organization I’ll consider, it will find itself trying to walk a fine line between assertive policy advocacy calling for radical change with the need to build broad coalitions as you will see in these four criteria and in my choice of “subjects’ in the next section.

Intersectionality. That leads directly to a second fine line. Although intersectionality, per se, is not one I’ve used a lot in the past, I’ve always been interested in the ways the issues I care about overlap. Given the realities of the 2020s (or, for that matter, my youth in the 1960s), you can’t ignore those intersections if you want to successfully pull of lasting and dramatic change. So, all the groups I’ll be considering have to think seriously about working with people who focus on other issues and base their work at least implicitly on some version of systems theory which uses the interconnected nature of everything we do as its starting point.

Grass roots based. My own field of peacebuilding has an emerging consensus around the importance of grass roots based or “bottom up” peacebuilding. To be sure, there do have to be national agreements which sometime take the form of treaties. However, they tend not to last unless they rest on firm popular support that grows out of strong social movements. While the fine line between bottom up and top down definitely does exist, the impetus for lasting change will clearly rest on creating those firm grass roots  movements. 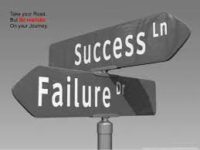 (Realistic) ambition. I’m only interested in organization that want to go to scale and have a realistic chance of doing so. At the same time, I’ve spent enough time watching so-called unicorn firms go to scale so quickly that they lose sight of whatever idealistic, change oriented goals they may have started out with. While we can’t wait forever before achieving success, we have to straddle the fine line between impatience and steady growth that is reflected in terms like slow capital or sustainable growth in other fields.

Self-reflection. At a time when the world is getting more and more complex because of intersectionality and the like, no organization can hope to chart and follow a 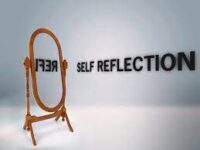 simple strategy that takes them from “point A to point B.” They have to constantly rethink their tactics if not their goals. What’s more, the individuals who actively take part in those movements have to be personally self-reflective as well. This final component turns out to be the key to navigating any of the fine lines. Indeed, if I’ve learned anything over the years, it is the importance of putting just about every specific thing one does under review other than a few key starting points, like the commitment to nonviolence.

These Are a Few of My Favorite Dots

I am in the process of determining which issue areas and, then, which organizations to cover in Connecting the Dots. I plan to spend a chapter each on the first five and conclude with the final one. The sixth bullet point refers to issues involving information technology, travel, and more that will appear in each chapter but will not have one of their own.

All of this is another way of saying that I’m interested in your feedback, especially in suggesting additions to my list. I’m more certain about the issues than I am of the organizations I intend to follow especially once one gets past the first couple of bullet points.

I will end the book with a chapter on the next generation(s). As I’ve already noted, I don’t expect any of these movements to reach fruition in my lifetime, especially if they follow the slow capital ideas of an organization like Zebras Unite.

Then, as I was beginning to write Chapter 1, my ten-year old grandson reminded me that kids can solve problems, too. He also reminded me that he was expecting us to make some headway on each of them before he became a voting adult as this decade draws to a close.

So, we are experimenting with the idea of writing the final chapter together. If not, you’ll have to hear from me alone on ways we can take the next generation(s) into account in doing this work.