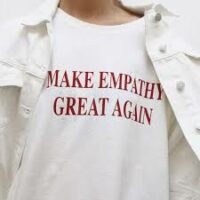 I woke up Wednesday  on the assumption that I would continue writing the series of blog posts that will mirror the instructor’s guide for From Conflict Resolution to Peacebuilding because those posts will be the first steps in writing the formal document. I had hoped to do it in order.

Then, out of the blue, I was put in touch with Hayim Herring who got me thinking more seriously about empathy which shoved my blog post schedule off whack.

So, first Hayim and then empathy. 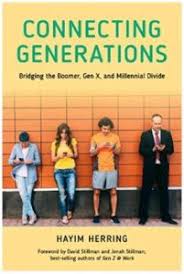 On Monday, my friend and editor, Linda Ganster, sent me an email introducing me to Hayim. I looked him, discovered that he was a rabbi who had done interfaith work, and had recently written a book (for Linda) on intergenerational dialogue, Connecting Generations. I was already primed to like him (my Hebrew name is Chaim), but when I read his book, I realized we had to talk, which we did yesterday while he was vacationing with his family in Israel (he is a rabbi, after all). Much of our discussion revolved around the role empathy plays in the work we both do and, more generally, in efforts to reduce polarization in the United States. And, since I had discovered the wonderful t shirts pictured here earlier yesterday morning, I decided to focus on empathy now rather than in two weeks, when it would have fit into what I thought was my writing schedule.

More Than a Buzzword

Empathy is a buzzword these days.

And, like many buzzwords, it is both misused and overused.

Here, I want to make the case that:

Empathy has lots of technical meanings which I don’t need to go into here.

All define it in ways that reflect my ability to put myself into your intellectual and emotional shoes. I can empathize with you to the degree that I can understand how and why you reach the conclusions you do.

Empathy, therefore, does not mean that I agree with or even sympathize with you. In fact, empathy is especially important when it comes to my relationships with the people I disagree with. I learned this the hard way in the classroom when I had to deal with students who disagreed with my conclusions. I learned that if I understood why they thought the way they did, I could relate to them on their own terms as well as mine. Indeed, I cherish the relationships I build with conservative republicans, some of whom spent careers in the military and still keep in touch with their old pacifist prof.

Empathy does enable some options that peacebuilders value. For example, if I understand the way you think, it is easier to feel compassion toward you—even when we disagree. It also becomes easier to envision alternatives that could get us out of the logjam that has us in conflict. Empathy makes it easier to pose the improv question of “yes, and” which opens the door to creative options as well as good humor.

We also have to understand the bottom line.

Empathy is no panacea. It, alone, cannot solve conflicts. You need to use many of the other “tools” I discuss in my book.

But it is also clear that those tools are hard to use in the absence of empathy .

Those of us in the peacebuilding world (and many of Hayim’s fellow relationship builders) have long known that people can learn how to be more empathetic.

Earlier this years, the remarkable New York Times reporter, Claire Cain Miller, summarized much of the academic literature in her article, How to be More Empathetic, which is part of the paper’s even more remarkable series of Guides  for Better Living, many of which readers of this post should find useful.

In fact, most of the ideas Miller discussed are pretty easy to put into practice as are those Herring discusses in his research on intergenerational dialogue:

I haven’t eaten in a McDonald’s for years. Still, like everyone I know, its catch phrases like special sauce have entered my vocabulary.

It is one of the things that sets peacebuilders like me and relationship building consultants like Hayim apart from many protest movement leaders.

That came up, too, in our discussion. We were both appalled by President Trump’s statements that Jews who vote democratic are disloyal.

However, our reaction was not simply to lash out but to think about how we can work with Jews and others in the faith community who have very different conceptions of what loyalty and faith mean. Similarly, we asked how we could help turn the president’s outrageous statement into a “teachable moment” that allows us to strengthen our ties with, for example, some of the evangelical Christians who also have doubts about Trump’s commitment when it comes to questions of faith.

Before doing that, however, it helps to understand both why President Trump might  repeatedly utter such words and why many of his core supporters might not find them as offensive as we do.

That brings me to the t shirt that really got me going on this topic even before I spoke with Hayim.

The shirt is, of course, a riff on President Trump’s MAGA meme.

As those of you who know me already know, I’m not a huge fan of President Trump. On a good day.

But, I also know that I’m a lot more effective when I try and sometimes succeed in empathizing either with him or with the people I know who support him.

My anger does not diminish. But once I begin to understand why people think the ways his supporters do (I have no idea why Mr. Trump himself thinks or acts as he does—I leave that to my therapist friends), all the benefits I’ve already discussed can come into play.

And, I just ordered my t-shirt