Skip to content
Previous Next
Teach Peace and Be Peace 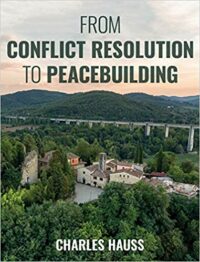 To Teach Peace You Have to Practice Peace

My new book, From Conflict Resolution to Peacebuilding, will be published in a few weeks. Because it is an introductory textbook for peace and conflict studies courses, my editors asked me to write an instructor’s guide in part because I’ve done them before. In this case, I’m finding it hard to do and it took me a while to figure out why.

In the end, it’s all about practicing what you preach.

Or, in this case to teach peace, you have to practice peace.

With an emphasis of practice.

A Work in Progress

After hours of discussions with myself (aka daydreaming and procrastinating) and some time with my therapist, I finally realized that writing an instructor’s guide or manual for this kind of course was going to be very different from writing one in comparative politics, which is my other academic field.

Put simply, I realized (with the help of my musings and weekly therapeutic hour) that I can’t write about teaching peace and conflict resolution without writing about living the values of a peacebuilder or conflict resolver. And I can’t do that without coming to grips with the fact that I still have a lot to learn about them. Which means that I’m still learning about what I wrote about.

That’s not an intellectual problem.

It’s a practical one. We are all works in progress when it comes to peacebuilding and conflict resolution.

A Take on Teaching: Part 1

And that got me to this blog post, which is the first of several I will write over the next few weeks which will then get morphed into the instructor’s guide.

That led me to realize that while I may know a lot about peacebuilding and conflict resolution, I have a lot to learn about most (maybe all?) of the concepts the book is built around.

So, what I thought would be the first blog post—“owning” your own course—got put off for a week.

I have to start with “living” your course. Or, in my case, your own instructor’s guide.

If you are going to teach peace well, you have to live peace well. And, that is a never ending struggle.

It’s also gives me a regular lesson in humility. I was asked to write this book both because I’ve been doing this work for a long time and am pretty good at connecting the intellectual dots among the disparate ideas and events that make up peace and conflict studies today.

Were I still teaching, these would be the issues I would work on before I started my course. They are the issues I still have to work on in my life as a practitioner and a writer. Here are a few that I have found that I still have to work on after half a century of teaching and building peace. Some are part of the peacebuilding canon. Some come out of the unusual ways I approach the subject. But they are all things I thik about every day. And, they give me constant doses of humility. So, let me take my top five. 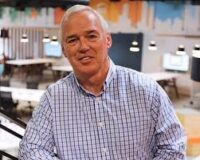 I suspect you have your own top five list of peacebuilding concepts and skills that you have to work on, and you will have to make you own list of them before you design your own course—with or without my book.

Next week: Owning Your Course

Next time, I’ll get back on what I thought was my schedule and talk about the importance of design thinking in peace and conflict education.