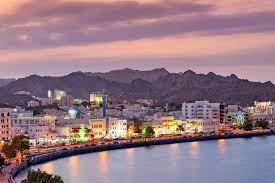 Peacebuilding Without Peacebuilders? The Case of Oman

If you could magically transport yourself back to 1970 when Sultan Qaboos assumed power, you would never have predicted that his country would become one of the few peaceful countries in the world’s most troubled reasons over the half century that he ruled. Or that it happened without the help of people who call themselves peacebuilders.

Therein lies an intriguing paradox for peacebuilders. Whether you use the Positive Peace Index or adapt the methodology of the Everyday Peace Indicators, all the signs of a peaceful society are present in Oman today. Yet, the kinds of people we refer to as peacebuilders had little or nothing to do with why Oman is so peaceful today—especially at a time when so much of the Middle East is roiled in conflict.

As I work though what happened in Oman, keep two things in mind.

Current Sultan Qaboos seized power from his father in 1970. No one could have predicted how much the country was about to change, even though oil had been discovered a few years earlier and income from its production would begin fueling its transformation before the decade was out. 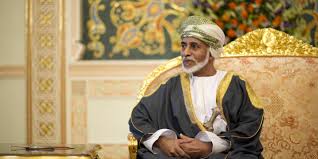 There were, for instance, only six miles of paved roads in the entire country at the time. Next to no children attended schools. Only the most rudimentary health care was available in Muscat and a few other cities. Much of the country—and especially the interior regions—were all but completely cut off from the rest of the world. To make matters worse, the new government faced uprisings that resembled those found in much of the region at the time.

Fast forward fifty years and Oman looks nothing like the country Qaboos inherited.

That’s true physically. Almost no buildings in use today were standing fifty years ago. You see that as you drive in from the airport which reminded me of the kind of low-rise sprawl of the American southwest. Highways and modern buildings are pretty much all you see. Architecture aside, you might think you were in Phoenix.

Oil is, of course, largely responsible for the turnaround. Oman is not one of the region’s leading producers or exporters of either oil or natural gas. However, it has sold plenty of it.

You would also, however, never mistake Muscat for the other regional capitals. Herein, Qaboos’s remarkable leadership comes into play, because he has to be one of the most enlightened leaders not only of his region but of his generation world-wide.

Qaboos was educated in the United Kingdom which may explain his love of bagpipes and classical music. More seriously, having been isolated by his father, he came to power committed to changing his country in a more inclusive manner.

To be sure, he has looked out for his own interests, as his two yachts (which look more like small cruise ships) anchored in the port of Muscat suggest. Still, he and his team have intentionally used the country’s oil wealth to improve the standard of living for all Omanis. That, of course, is true of the other oil producing states in the region. However, for fifty years, the government has gone out of its way to build bridges across the country’s internal divisions and, to a lesser degree, with the expatriates who make up about 40 percent of the total population.

Perhaps because the leadership knows that the oil and natural gas will run out, it has also tried to diversify the economy. All Omanis are encouraged to attend university (which is free), but they have to demonstrate understanding of information technology and mastery of English first. The government has not only encouraged tourism as an alternative to petrodollars but is trying to create a generation of Omani entrepreneurs through its organizations of tech incubators that have a Silicon Valley feel to them.

The bottom line is that Oman is an anomaly in the region. It is at peace both with itself and its neighbors.

Outside observers have focused on the government’s attempts to maintain good relations with the world’s powers. Thus, it has tried to build more openings to Israel than most of its neighbors. Perhaps more importantly, given its historical ties to its neighbor, Iran, it has played a vital role in relations between Tehran and the United States in the forty years since the Islamic Revolution. 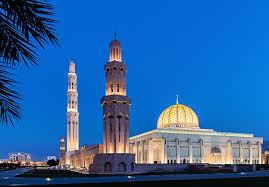 I was even more struck by the peaceful nature of Omani society. There is next to no visible police presence, though there is some crime. On balance, Omanis seem to be at peace with themselves which is something no one, again, could have predicted fifty years ago. That, too, has been one of the government’s conscious goals, whether that is reflected in school curricula or the welcoming nature of the Grand Mosque. Indeed, when we visited the massive mosque, the most impressive part of the visit was a meeting at the visitor’s center at which we had an hour-long discussion with a grandmother who spends her free time showing foreigners the positives sides of Omani and Muslim culture.

In the most basic terms, Oman has done a good job meeting most of the criteria of the Positive Peace Index. It has a stable, reasonably honest government that works effectively with foreign and domestic companies. It has a free press and respects individual freedoms far more than other countries in the region. As the lack of gaudy high rise buildings suggests, it has a reasonably balanced distribution of income and wealth. Indeed, it  came in 49th (out of 163 countries) in the 2019 Positive Peace Index rankings.

What it doesn’t have many of are activists who call themselves peacebuilders. My friend at the Al Amana Centre are an exception, but its impact is limited because it has a staff of less than ten and spends most of its time focusing on interfaith issues.

In other words, perhaps the most important lesson for peacebuilders to draw from the Omani experience is that peace can be—and maybe to some extent has to be—a byproduct of other social developments. The policies pursued by Sultan Qaboos and his colleagues have used oil revenues to address the social problems that might have led to conflict under other circumstances. That suggests, in turn, that we peacebuilders have to spend even more time than we already do developing integrating broader social reform of conflict’s root causes into our efforts as well as addressing the violence and other over manifestations of the conflict itself.

In Lieu of a Conclusion

I went to Oman expecting to work on reconciliation around the world, and we did do that.

However, I discovered a part of the world that itself needs a lot more exploration, whether I am wearing my peacebuilding or my comparative politics hat.

And, everything suggests that it’s great to visit—even if you only go there as a tourist.