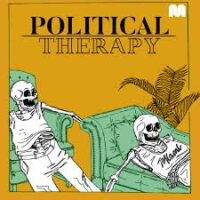 Last week, I explored how a simple question my therapist asked led  me to rethink how I’m writing my new book on activism in the 2020s—Connecting the Dots. Now, I want to take the implications of her questions one far more important step forward. Answering her immediate question will make the book more useful to more people outside of the activist community

However, its real importance will almost certainly lie in one of her question’s implications that I hadn’t really thought of until I started writing last week’s post and therefor could only allude to it there.

I realized that I had missed the boat when it came to a way of thinking about my work before our session even though it had been staring me in the face for years.

Being in therapy has helped me immeasurably. 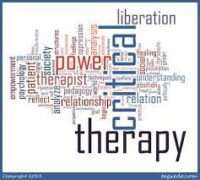 Yet, I’d never asked myself if thinking in terms of society-wide therapy might help us get out of the mess we find ourselves in today.

As I’ll suggest at the end of the post, societal therapy won’t solve all of our problems. But, to the degree that we need to rethink our cultural norms and the values that underlie them, there is no better place to start.

As anyone who has worked with more than one therapist knows, there is no single model they all follow. Still, there are some common therapeutic denominators that are mirrored in what the activist groups I’m researching all do. And, not everything we have done in therapy could or should be carried over to the kinds of movements I work in. Add to that the fact that Dr. X hasn’t helped me with everything I need to do in my own practice of society-wide therapy. Most obviously, we haven’t had to spend a lot of time developing my empathic skills, although our society definitely needs a hefty dose of training along those lines.

But, for the most part, the individual issues she has helped me work on have their national and even global counterparts. Consider these which strike me as the important (but, as you will see in the next section, the most difficult):

Getting a Society Into Therapy

In our decade together, Dr. X  has led me on an intriguing and rewarding journey. But like most people who end up in therapy, I didn’t volunteer to go. Family members had to nudge me into making that first appointment. If I’m fully honest, it  took more than a nudge. I resisted their suggestions and while I never quite got to the “kicking and screaming” stage, I certainly was reluctant.

Therein lies the second link between individual and social therapy. Most of us are reluctant to admit that our cultural norms and political behavior are so out of sync and that we therefore need something akin to long term mental health care.

I didn’t know what I was getting into when I started, but I don’t think I planned on a decade—even though a childhood friend who is also a psychiatrist talks frequently about patients he has worked with for twenty years or more. 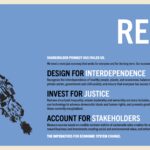 There have been signs that lots of us were prepared for something like an extended period of healing at the height of the crisis a year ago. We were going to reconsider what we think about race. And public health. And economic in equality. And climate change.

Now, we seem to want to just go back to normal. Given the isolation of the last year, it could hardly be otherwise.

Yet, opportunities still exist to use the recovery for creating what my friends at Imperative21 call an economic reset and then take it beyond the economy. In fact, most of the people I’ll be focusing on in my book are doing just that. And many are young enough to be my grandchildren. Here are just a few of them 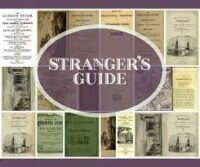 As I said at the beginning of this post, societal therapy alone won’t be enough. We will need public policy changes as well. Still, as we’ve learned most recently from the marriage equality movement, lasting change at the policy level normally follows on the heels of our adoption of new cultural norms.

A few weeks ago, I told Dr. X that I would still have some kind of role in producing change in the United States and around the world when the Brood X cicadas return to the Washington DC area seventeen years from now—when I’ll be 90. Above and beyond my fear of dying, the reason was obvious. The world will still need societal therapy whatever progress we make while the cicadas are lying dormant underground.

I didn’t say anything about whether I expect to still be in therapy then, and she didn’t ask…