Skip to content
Previous Next
Where People Take Their Conflicts 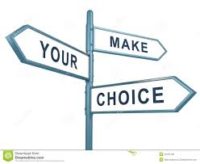 Where People Take Their Conflict

A small group of professionals in conflict resolution and peacebuilding, have been meeting over the last few months to address a challenge that we all knew we faced but saw in somewhat different terms. We have made a lot of progress over the last few decades. However, we are a long way from having embedded win-win conflict resolution and cooperative problem solving as a core cultural norm in this country or anywhere else.

Then, I read Safi Bahcall’s new book, Loonshot, in which he describes successful efforts in global affairs, health care, and corporate life in which “people pulled off
a neglected project, widely dismissed, its champions written off as unhinged.”

It isn’t clear that conflict resolvers should be described as unhinged. But, from where we sit, changing cultural norms about conflict does feel annoyingly neglected and widely dismissed as impractical.

So, I decided to think about changing those norms as our loonshot.

In fact, like the loonshots Bahcall described, it’s not all that preposterous. It just looks that way.

Right now, people do lots of things with their conflict. Some people suppress it. Others vent it through anger and, at times, violence.

We also discovered that some people—we don’t know what proportion of them—do something more constructive with their conflict. They seek help.

Some of them turn to conflict resolution professionals like ourselves. That can take the form of the visible local networks that were set up in the transition to a multiracial democracy in South Africa or in the less visible but no less important work of community mediation centers in the United States and dozens of other countries today.

Far more often, however, people take their conflicts elsewhere for advice and for help.

And that’s where the loonship comes into play.

In the United States, they turn to their schools, places of worship, the social service network, health care providers, libraries, law enforcement, athletic coaches, and more. As we began talking to what we started calling our “first cousins,” we found two things:

At that point, our loonshot began to take shape.

What if, we could work with those first cousins to create a movement for social change that set out to shift the public’s mindset on the one things we all work on–how people deal with their conflict.

We even came up with some loonshot like goals, including:

Because we are all social scientists of one kind or another, we started by doing some less than systematic research. In other words, we started talking to people we knew in those first cousin communities.

First, the idea of bringing people who deal with conflict in the course of their professional lives made sense. As one social media consultant put it, “people are begging for people like you to help in times like these.”

Second, while almost everyone agreed that such a movement is needed, we also found that we speak different professional languages and do not think we share a community of practice.

In other words, we found that there is a potential “market” for this kind of movement. Many of its components either already exist or could be created fairly easily.

However, it has to be crystallized.

Much like the inventors of the smart phone a decade ago, we have disparate social technologies out there. Finding ways of working with our “first cousins” is the equivalent of digital photography, internet browsers, email packages, and wireless communication that came together in the iPhone and Android. But, unlike the loonshot developers at Apple or Google, we haven’t merged the “technologies” in a way that both creates our equivalent of IOS or Android and, more importantly, we haven’t convinced Americans that they need the conflict resolution equivalent of an internet surfing, selfie taking, global communicator in their pocked.

So, we agreed to take a first step toward our loonshot. Next month, we are bringing together a small group of conflict resolution professionals and our first cousins to begin the peacebuilding equivalent of inventing the iPhone. The group will figure out what it wants to do. However, we have five kinds of goals in mind all of which conveniently begin with a p: