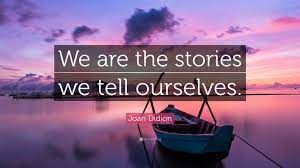 We Are the Stories We Tell Ourselves

The title for this week’s post comes from Joan Didion whom we sadly lost just before Christmas. I hadn’t thought about her or this line much since then until I almost accidentally stumbled across Aaron Dignan, his organization The Ready, and his book, its, Brave New Work which I have written about elsewhere. 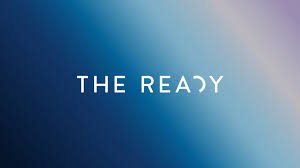 “Almost accidentally” is the story of my intellectual life. I keep meeting people who keep turning me on to new things.

In this case, I had been at a meeting with Zebras Unite when its cofounding doula Mara Zepeda  and Cara Meier, whom I hadn’t met before, both mentioned The Ready, which I had never heard of before.

I had just finished last week’s post on changing narratives, and I found myself perplexed. While it seemed obvious that we have to find new stories to tell ourselves and then goad ourselves into action, I didn’t think that I knew how to do that.

While reading it and talking with a couple of the people who weren’t on that call, I realized that I at least had some ideas about what those stories had to do, if not what they would say as  I enter the next phase of my professional life with the Connecting the Dots Community which will have its semi-official launch at the Alliance for Peacebuilding’s PeaceCon later this week–yes, registration is still open.

And, I found myself cycling back to many of the themes I’ve been thinking and writing about in other, narrower contexts for the last twenty years or so which coincided with the moment I realized that what I was doing as a peacebuilder could and should be cross fertilized with dozens of other fields. 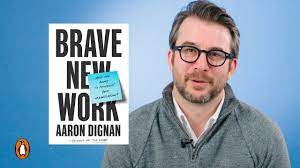 Dignan’s work points me in five main directions which I hope the new Connecting the Dots Community can begin to partially address. Emphasis on begin. Emphasis on partially.

That starts with this statement which appears toward the end of his book.

Refreshing large dysfunctional systems without total system failure is actually one of the great challenges of our time. (Dignan,235)

Even though he finished Brave New Work three years ago, this statement is, if anything, more prescient today. When he wrote, no one had heard of COVID and few could locate Wuhan on a map. George Floyd was alive and no one much outside of his family knew his name. The word lockdown was only applied to prisons. Etc.

As I write, system failure is staring us in the face, whether that involves the situation at home with COVID, inequality, polarization, and the like or globally with climate change, the crisis over Ukraine, and more.

Indeed, while writing this post, I sat in on a webinar with Jeff Su of www.nrhythm.co on regenerative design in which he talked about being “hospice workers for the old system.”

While that’s a wonderful image, it’s not what I want to do—even if I could end up personally in hospice sooner or later.

I don’t mean to sound (too) apocalyptic. Utter catastrophe is not right around the corner But, it might not be too far away.

But that’s not what I’m all about.

Yes, our efforts do have to be focused both on avoiding system failure.

Even more importantly, we have to come up with alternatives that both make sense intellectually and will be eagerly   adopted and acted on by the vast majority of our fellow citizens.

It’s Not All Set in Stone

Dignan is among the small but growing number of authors and analysts who make the case that our problems can’t be addressed unless we change the basic values and assumptions that we use in dealing with them. I refer to this as our social or political paradigm; he prefers the term operating system.

Terminology aside, I couldn’t agree more.

And, if that were all he had to offer, I wouldn’t be basing this post on his work.

For someone interested in social change, his contribution builds off the fact that he doesn’t think that the linear, hierarchical, etc. operating system we rely on today is set in stone—to use my words rather than his. This is my terminology, not Dignan’s

Still, like me, he is convinced that we can change.

Our way of working is completely made up. This isn’t the way it has to be, or even the way it always ways. (49, emphasis in the original).

He knows from personal experience both with The Ready and with his previous companies that changing organizational operating systems is hard work and takes a lot of time and involved changing the stories we tell ourselves about what is and would could be.

But it can be done.

Identify and Build on Bright Spots

Dignan also helped convince me that I was on one right track—if not the one and only right track—when he talked about what those stories have to do. His list is much longer than these three points, but let me focus on the ones that resonated best with me as I tried to apply his ideas to the kinds of issues I work on which, admittedly, are quite distant from the corporate settings in which he works. Still, these three points will  point (pun intended) in directions we could and should grow if we want to build movements like the Zebras or my beloved Alliance for Peacebuilding.

Bright spots. We both like Chip and Dan Heath’s idea of bright spots or, in academic terms, positive deviants. Put simply, no matter how badly it may performing overall, there is always something that is working pretty well in any system. Our stories have to start and build on them. A few organizations like Hearken and Solutions Journalism are trying to get the mass media to cover more of them. But we can’t wait for them. So, my hope is that the Connecting the Dots Community will take on the challenge of reporting on and publicizing what they and others are doing that is working—however you choose to define that term.

Start with the adjacent possible. This is a key concept in academic evolutionary science that has been popularized by Steven Johnson. In essence, species—and societies—evolve by making changes that grow out of the bright spots. We rarely make huge leaps, but a series of small ones can and do add up to paradigm shifts over time. As I’ve been arguing for years, what Dignan calls complexity consciousness leads us to adopt a strategy that combines small incremental steps with a steadfast fixation on a distant end goal toward which we keep tacking. Again, it takes a long time to get there, but I have yet to come up with anything that works better—at least in the long run.

You’ll make mistakes along the way. One of the key mantras of the startup work is “fail fast.” Make a minimum viable product and try it out. Then learn from your mistakes. The logic is impeccable and helped James Dyson make several hundred versions of his eponymous vacuum cleaner before he came up with one that actually worked and would sell.

Peacebuilders and social change activists in general don’t have the luxury of either failing frequently or experimenting on their fellow humans. Still, one part of the logic does apply to us as well. We can’t expect that everything we try will work. As a result, we have to give even more emphasis than we already have to learning, evaluation, and similar tools as we are doing at the Alliance for Peacebuilding precisely because we are building something that has never existed before.

In the end, I’m intrigued by a conclusion that Dignan and many other thought leaders I follow have reached. Success lies in empowering the people you work with and then doing what you can to help them succeed. And on their own terms. 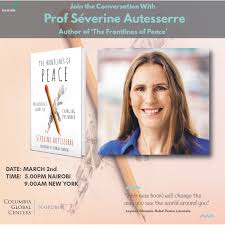 Leadership is not all about telling people what to do or even inspiring them with your wisdom or personality. Instead, in a complex world it rests on the assumption that people themselves are the best judge of what is best for them.

Those of us who are the alleged experts with “subject matter expertise” certainly have a lot to offer. But we aren’t the ones calling the shots.

In my world, we see this in our current fixation with local peacebuilding which Séverine Autesserre will be talking about at the Alliance for Peacebuilding Conference this week. But it’s not just peacebuilding. It’s true across the board in all areas of social change.

We can’t simply port over what the companies Dignan reports on have done. But we could and should adapt and apply them to the governmental, nonprofit, and global communities.

Jeff Su of nRhythm did add one point that is understated or, perhaps more accurately, implicit in Dignan’s book. If we learn to tell ourselves new stories and if we learn to build from bright spots, and if we commit ourselves for the long haul, we can open the door not just to a society that avoids systems collapse but one that produces something akin to abundance.

Let me limit myself to the environment and climate change here. I’ve been convinced by people like Adreas Karelas of Re-Volv and author of Climate Courage that a society that overcomes climate change by, among other things, relying on renewable electricity can be richer and saner than anything we could imagine today. And, getting there is not a pipe dream.

As long as we change the stories we tell ourselves.

Those of us who will be attending PeaceCon@10 this week will have the pleasure of hearing Kim Stanley Robinson talk about his new book, Ministry of the Future. If you can’t get there, take a look at his TED talk.

Again, if we change the stories we tell ourselves.

Am I Making Sense of Have I Gone Off the Deep End?

This is not the first time in my career that I find myself reading something new that takes me back to and helps me reformulate things I’ve thought about for years.

In this case, though, things are clearer than they’ve ever been before.

We need to change the stories we tell ourselves that also define the way we make sense not only of the world we live in today but what it could be like tomorrow. Those stories do exist. I run across them literally every day.

The challenge, though, is to pull them together and do so in a way that people around the country see, internalize, and act on.

That, of course, is no mean feat and, like Mara and my friends at Zebras Unite keep telling me, it is something we humans have never done before let along when the stakes are as high as they are today.

So, in thinking we can pull this off, maybe I am—yet again—going off the deep end.

But I think not.

And I hope not.