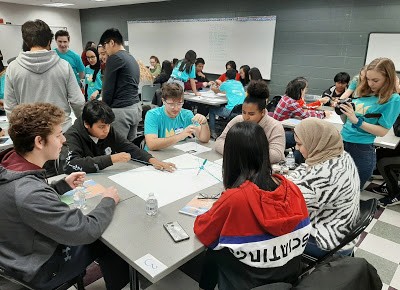 I am beginning to see comments that today’s generation of young people might turn out to be a lot like mine was in the 1960s.

You’ve probably noticed some of them. Greta Thunberg has galvanized a global movement of climate activists, many of whom skip school on Fridays to protest my generations apparent lack of concern about our planet’s future. Americans have seen the March for Our Lives and other movements emerge in support of gun control 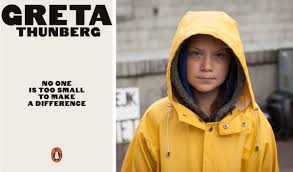 But what about peacebuilders—the community I’ve been most interested. Here, too, we can point to some hopeful signs that initiatives are taking shape that might well end up having more of an impact than anything my generation did in the 1960s or has accomplished since then.

Why We Need a New Generation of Peacebuilders

There is no question that the new generation of peacebuilding movements is smaller than the ones on climate change or gun control However, they share three characteristics with their more visible contemporaries which suggest why they might take us farther than I ever dreamed of. 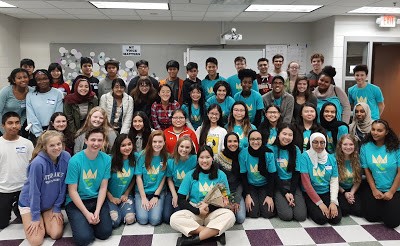 Last summer, I attended a one week summer camp for high school students organized by George Mason University’s School for Conflict Analysis and Reconciliation. As I wrote at the time, I was blown away by what I saw.

I was even more impressed when one of the students, Xuan Huynh, organized a one day peace leadership workshop for area high school students. My wife and I worked with her team as they put the program together.

Frankly, we weren’t needed. They did all the work themselves, including raising the bulk of the money to put the event on (we contributed the rest, which wasn’t very much). More importantly, the event was spectacular.

There were a few short talks by people whose hair had already begun to turn gray. However, most of the time was spent doing exercises Xuan and the others had first done at the summer camp. We older folk sat in the back watching in delight.

Each of the students took something different away from the event. Few of the ones we talked to, however, expected to major in peace or conflict studies in college, let alone find a career in the field. All, however, had learned some useful lessons in dealing with conflict, whether it occurs with your romantic partner, parents, teachers, or political leaders.

This fall, we also spent some time with New Gen Peacebuilders. This is a relatively new organization that works with 14 to 24 year olds around the world, that has recently decided to emphasize young peacebuilders in the United States as well.

Often with the support of local Rotary Clubs, New Gen helps young people create peacebuilding networks that focus on the issues and interests of their particular communities. Through a combination of a workshop that spans a few weeks, outside speakers, and activities the group itself decided to take on, the members learn about:

New Gen peacebuilders from Virginia, North Carolina, and Texas came to AfP’s PeaceCon in October. They led a session on their work that inspired everyone in the room. And, they joined us in a day of lobbying on Capitol Hill. Each staffer we met with was amazed that high school students had taken a day off from school to visit their representatives in Washington.

In June, Gettysburg College will host a student conference on The Unfinished Work: Students Enacting Radical Peace. It promises to be an amazing event. Starting with the fact that only undergraduate students will be allowed to speak.

Gettysburg’s Hakim Williams, who is spearheading the event, wants to use the conference to build a network of undergraduates who will work for peace while they are in school and beyond so that they can enact the peace he talked about in the conference’s title. 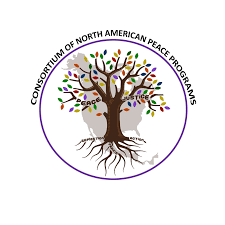 By the way, if you are an undergraduate and would like to attend, it’s not too late. You can still submit a proposal to make a presentation until the deadline at the end of the month. Registration to attend the conference will only open next month. Professor Williams hopes to have at least 80 students in attendance and to raise enough money to defray the costs of everyone who could not otherwise afford to attend.

Finally, I have been contacted by high school students in Utah and Tennessee. The young woman in Utah was recommended to me by a mutual friend. The group in Tennessee are using my textbook and wanted to get in touch after they did an exercise on p. 4 that has them map the world’s problems.

None of them are particularly interested in peacebuilding, per se. However, they are interested in pursuing issues like climate change, migration, inequality, and prejudice which aren’t part of the conventional comparative politics curriculum.

So, I’m creating an ad hoc seminar to work with them that will include ways that they can work on these issues without ever taking a peace and conflict studies course.

Before closing, the young people I’m working with seem to understand something we old(er) peacebuilders are struggling with.

Our issue(s) may not be the most important ones. They may not be the ones we focus on first in our work. Creating a more equal world may produce a more peaceful one as a byproduct, something I learned in my December visit to Oman.

We often give lip service to the idea that peacebuilding doesn’t need to be at the heart of every project we’re involved in. However, we have a hard time actually doing it.

The young people I work with get it.

That alone, is reason to be hopeful.